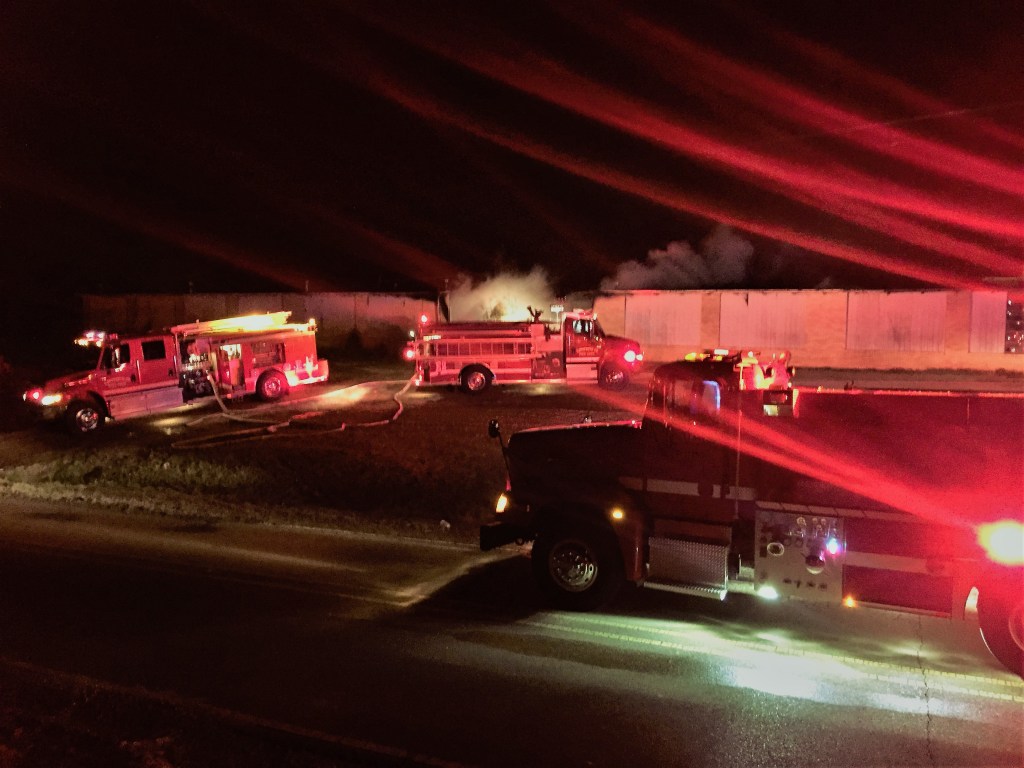 Lafayette County firefighters spent more than three hours in the early hours of Thursday morning digging through chard debris searching for any possible victims after an abandoned building in Taylor caught fire.

Firefighters arrived at the fire on County Road 343 at about 2 a.m. One room was on fire and had burned long enough to cause the walls and ceiling to collapse. Concerned someone might have been in the room, a backhoe was used to dig up the debris and metal framing to check for any victims.

The firefighters searched through the rubble until about 5 a.m. No evidence of a possible victim was discovered.

The building is condemned and abandoned and fire officials were concerned a homeless person might have been in the building to escape the high winds and cold temperatures overnight; however, the cause of the fire is being investigated by the State Fire Marshal’s Office.

The fire reached into another room and parts of the hallway.

Fire officials say the structure was an old community center and daycare center years ago and has been sitting empty for years.