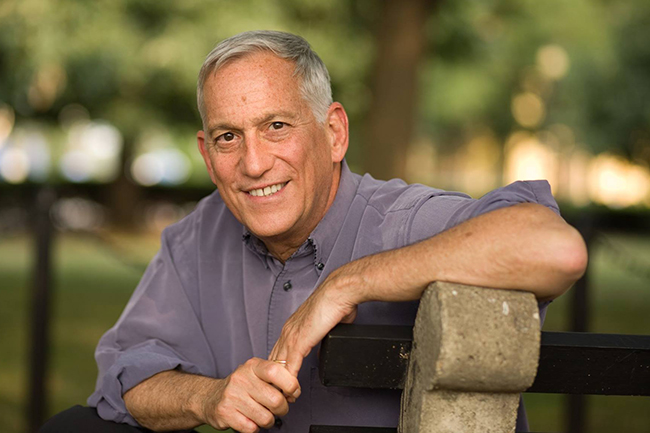 Walter Isaacson, acclaimed biographer and journalist, is set to deliver the University of Mississippi’s 165th Commencement address on May 12, 2018 in the Grove.

Walter Isaacson, acclaimed biographer and historian who also was head of both CNN and Time magazine, will deliver the University of Mississippi’s 165th Commencement address May 12 in the Grove.

Isaacson is a professor of history at Tulane University in New Orleans, where he grew up. He’s also a graduate of Harvard College and also Pembroke College of Oxford University, in Oxford, England, where he was a Rhodes scholar.

He said he’s honored to be giving the Commencement address, as well as coming back to a place he loves.

“I’m pleased because the university has been at the forefront of making Mississippi and the South a better place,” Isaacson said. “I admire the innovation the university is doing in cross-disciplinary studies. And I enjoy spending time in the real Oxford.”

Isaacson played a major role in the success of the university’s inaugural Tech Summit in 2016, and UM officials are honored to welcome him back to campus as this year’s speaker, Chancellor Jeffrey Vitter said.

“I am delighted our campus community will once again have the extraordinary opportunity to hear Mr. Isaacson share his exceptional knowledge and unique insight from his accomplished career as a journalist, scholar, author and so much more,” Vitter said. “We are pleased to count Mr. Isaacson among the distinguished Commencement speakers we have featured over the years for our graduating students and their families.”

Isaacson began his career at The Sunday Times of London and then the New Orleans Times-Picayune. He joined Time in 1978, where he worked as a political correspondent, national editor and editor of digital media before becoming the magazine’s editor in 1996.

In 2001, he became chairman and CEO of CNN, and then president and CEO of the Aspen Institute in 2003.

Besides having headed two of the most important media organizations in the world, Isaacson is a prolific biographer and nonfiction writer. He is the author of the best-seller “Steve Jobs” in 2011, as well as “The Innovators: How a Group of Hackers, Geniuses and Geeks Created the Digital Revolution,” “Einstein: His Life and Universe,” “Benjamin Franklin: An American Life” and “Kissinger: A Biography.” He also coauthored “The Wise Men: Six Friends and the World They Made.”

His most recent work, “Leonardo da Vinci” (Simon & Schuster), released in October, offers new discoveries about the artist’s life and work, weaving a narrative that connects his art to his science. Isaacson plans to stress the importance of this kind of connection to Ole Miss graduates.

“I want to stress the importance of creativity and the need to connect the arts with the sciences, the humanities with engineering,” he said. “Also, I hope to celebrate the diverse backgrounds and interests of the student body and say why I believe that creativity comes from being in such an environment.”

Isaacson is also chair emeritus of Teach for America. From 2005 to ’07, he was vice chair of the Louisiana Recovery Authority, which oversaw the rebuilding after Hurricane Katrina.

President Barack Obama appointed him to serve as the chairman of the Broadcasting Board of Governors, which runs Voice of America, Radio Free Europe, and other international broadcasts of the United States. He held that post from 2009 to 2012.

He is also a member of the American Academy of Arts and Sciences and serves on the board of United Airlines, Tulane University, the New Orleans City Planning Commission, the New Orleans Tricentennial Commission, Bloomberg Philanthropies, the Society of American Historians, the Carnegie Institution for Science and My Brother’s Keeper Alliance. He is also an advisory partner at Perella Weinberg, a bank and financial firm based in New York.

UM Provost Noel Wilkin said he is pleased someone with the experience and wisdom of Isaacson will address graduates on such an important day.

“He is an accomplished journalist and author whose work has helped us to more fully know and appreciate icons in American and world history: icons such as Leonardo da Vinci, Steve Jobs, Benjamin Franklin, Albert Einstein and Henry Kissinger,” Wilkin said. “His success, and his work to outline the lives and successes of these individuals, will help all of us appreciate the roles that human effort and creativity play in great accomplishments.”

Twenty-fifth annual Conference for the Book this week