Twenty-fifth annual Conference for the Book this week 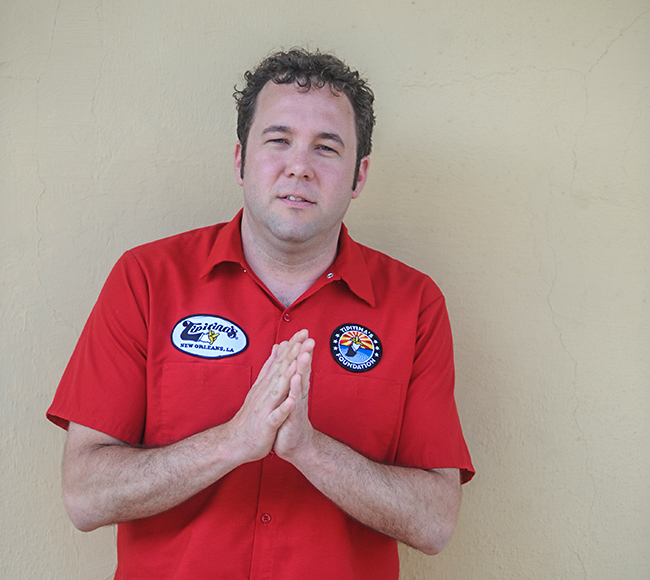 Author Jonathan Miles will be making an appearance at the 25th Oxford Conference for the Book.

The Center for the Study of Southern Culture and Square Books is presenting their 25th Oxford Conference for the Book March 21 through March 23.

The conference is a free event intended to allow the public to meet and ask questions to prolific authors, editors and publishers or hear them read from their own works and discuss what their role entails in bookmaking.

James G. Thomas, Jr., Director of the Conference for the Book and Associate Director for the Center for the Study of Southern Culture, said he is excited for the return of a few familiar faces, along with the chance to meet a new panel of authors and publishers from all over the country.

“The people who are coming are thinkers,” Thomas said. “They are smart and have great ideas that they share in their books, but a book is a finite thing and to be able to get to hear an author talk about their ideas and where they have been and where they are taking you in that book is a pretty unique thing.”

Oxford became known as a literary town in the early ‘90s and the conference became a way for bookmakers to share their knowledge. Thomas said the event is something book lovers should attend because “written words are important.”

“It is a reflection of our society,” Thomas said. “Reading books means a whole lot to a lot of folks, so getting to meet authors is like meeting a movie star.”

The conference began in 1993 and since Thomas began directing in 2015, getting a steady following of people to come to the event has been easy thanks to Oxford’s literary history.

“The authors stick around all week and give people a chance to just talk with them and visit with them,” Thomas said. “You really get to interact with them, many of whom are really famous or are becoming famous.”

The schedule for the event will include an array of southern cultural themes from political history to southern poetry that correlates with the author’s works.

One event Thomas said he is particularly excited to attend is the discussion of desegregation in public libraries in the Jim Crow South on Wednesday at 11:30 a.m. with Wayne and Shirley Wiegand.

Additionally, the conference will have a one-person-show where an author becomes the subject of their book. Cathy Shropshire will portray the character she wrote about in her book “Fannye Cook: Mississippi’s Pioneering Conservationist.”

Martin Amis, Anne Beattie, Beth Ann Fennelly, Jonathan Miles, Thomas Oliphant and Curtis Wilkie are a handful of authors who will be attending the event.

According to Thomas, one of the events greatest accomplishments is having returning Ole Miss students attend, especially those who have already graduated.

“If someone is involved with making books, one way or another they know about Oxford,” Thomas said. “We are lucky to attract big names or promote someone’s first book. Everyone wants to come and be a part of this great event.”