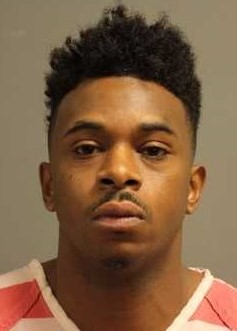 A federal grand jury in the U.S. District Court in Oxford convicted a Hattiesburg man of human trafficking and transporting a minor across state lines to engage in prostitution.

According to testimony at the trial Thursday, Raymorris Asencio, 31, picked up a 16-year-old girl in February 2017 while she was walking along a highway. Asencio enticed the girl into his car, saying he knew a way for them make money and would give her a place to stay. The victim was a reported runaway from Waveland.

Asencio, along with the victim and another female, Briana Sparkman, also of Hattiesburg, were in Oxford at a local nail salon when a woman in the salon became suspicious. After looking on the internet, the woman found a photo of the victim who was reported as missing and contacted law enforcement.

FBI agents and task force officers from Oxford, Hattiesburg and Baton Rouge, Louisiana were able to rescue the minor from a hotel room in Baton Rouge a few days later.

According to court records, Asencio caused the victim to engage in commercial sex acts and benefited financially from those acts.

U.S. District Judge Glen H. Davidson presided over the trial Thursday and will sentence Asencio at a later date. He faces a possible prison sentence of 10 years to life in prison.

Sparkman pleaded guilty in August 2017 to one count of interfering with an investigation by giving a false statement to law enforcement that attempted to exonerate Asencio. She is being sentenced today at the U.S. Federal Courthouse in Oxford.

“Combating human trafficking is a top priority for the Department of Justice and our office,” said U.S. Attorney William C. Lamar said. “Through collaborative efforts with our state and local law enforcement partners in Project Safe Neighborhoods and Project Safe Childhood, we will do just that. I want to thank the private citizens in Oxford who noticed the minor and Asencio and notified the Oxford Police Department of their concerns for the minor’s safety. I also want to commend the quick action of the Oxford Police Department, the Federal Bureau of Investigation and other police departments in Hattiesburg, and Baton Rouge, Louisiana, who all worked together to locate and rescue the minor.”

Assistant U.S. Attorneys Paul Roberts and Michael Hallock prosecuted the case for the United States. The case was investigated by the FBI Jackson Division’s Child Exploitation Task Force, which is made up of agents from the FBI and the Mississippi Attorney General’s Office and officers from the Prentiss County Sheriff’s Office and Southaven Police Department.