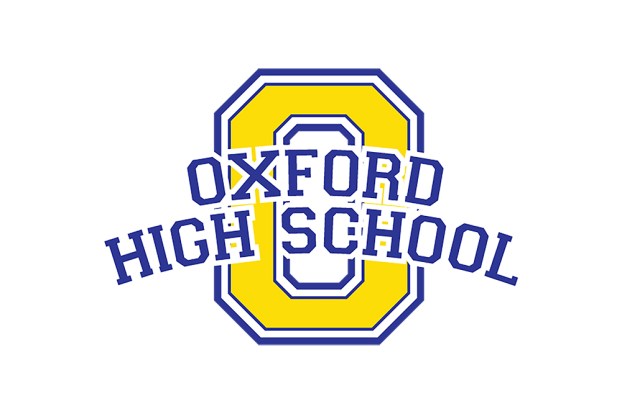 Oxford High School students prepare to ‘March for Our Lives’

Students from Oxford High School will participate in a “March for Our Lives” event this weekend at the Square, standing in solidarity with victims of school shootings and demanding an end to gun violence.

The event is coordinated by OHS students Anna Claire Franklin and Livvy Cohen. The students are also receiving support from the group Moms Demand Action for Gun Sense in America, which promotes firearm safety and what the group calls “gun sense legislation.”

Erica Jones, leader of the Oxford chapter of Moms Demand Action, said the opportunity to help students is one she did not take lightly, but that her organization is simply acting as background support.

Jones, who grew up 10 miles from Columbine High School, said she has a personal investment in helping the students succeed.

“March for Our Lives is something that Moms Demand Action is supporting across the country, and when we found out that we had some high school students who wanted to get involved and wanted to lead a march, we were more than happy to lend some support,” Jones said. “You have to be over a certain age to sign certain things, and we’re here to lend a helping hand where we can, but this is really their show.”

Moms Demand Action members helped the students obtain necessary permits to assemble on the Square, as well as coordinated with officials, but the students have done the rest.

Livvy Cohen, 17, said the idea to participate in the nation-wide march came to her during a lunchtime conversation.

“Me and Anna Claire Franklin, at the time of the Parkland shooting, were really shaken up about it, especially considering the fact that these were all students that were our own age, and they could’ve easily been us,” Cohen said. “I remember sitting in my journalism classroom and discussing what our plan would be if someone came in our school with a gun. In that moment, it hit me that I, at 17 years old, should not be making plans like that.”

From there, Cohen and Franklin began organizing students and coordinating with Moms Demand Action to plan the event, an effort she said she’s proud of.

The event Saturday will last from 10 a.m. to noon on the Square. There will be student speakers and music, as well as a voter registration table set up by the League of Women Voters.

Moms Demand Action member Stacey Smith, who helped by obtaining permits, said the support she’s seen for the students has been “overwhelmingly positive.”

“We were concerned that the city might not approve it, but they did, and the response from Chief (Joey) East and Mayor (Robyn) Tannehill was overwhelmingly positive,” Smith said. “It was very heartening for me to see that the leaders in our town were willing to work with us. It’s been a positive step for the students to know that our community cares about their voices.”

Smith added that the students extended invitations to aldermen, county supervisors and local congressmen. Both she and Cohen said they have received support from OHS principal Bradley Robertson as well.

“Bradley Robertson has been amazing. He has not just shut us down with these things,” Cohen said. “He’s supportive of other students who are doing things on campus. He’s been really helpful and encouraging.”

It’s no secret that the events in Parkland, Fla. and Maryland have sparked conversation about guns, firearm legislation and school security measures. However, Smith said her organization’s stance is not completely anti-gun.

She added that Moms Demand Action, which began after the Sandy Hook shooting in Newtown, Ct., is not anti-gun, and that many members have guns in their homes. The organization also provides a five-step program that teaches responsible storage practices for firearms.

Another topic that has appeared in national discussions of the issue is the fact that children are leading these marches. However, Cohen said she and her friends are more than “just teenagers.”

“One thing that’s really bothered me with this whole situation is people are really underestimating teenagers’ knowledge of current events and things that will affect them. I think that’s really stubborn, because we have the entire world at our fingertips and we’ve grown up like that,” Cohen said. “We do see the headlines, and many of us do take the time to read things that do affect us and our future children. Having more access to the news has helped us develop our stances, which I think is so great.”

As far as her personal stance goes, Cohen said she doesn’t want to see metal detectors in school doorways or have armed teachers. What she would like to see, she said, is stricter regulations on purchasing guns and better screenings to keep guns out of the hands of people who will harm others.

The students are expecting over 200 people to attend the march, rain or shine. In preparation for the event, they will be gathering on the courthouse lawn on Friday at 4:30 p.m. to make signs and, as Cohen said, “mingle with like-minded people.”

“It’s been stressful, but I’m really proud of all we’ve been able to do in the last few weeks,” she said. “I’m proud to be a part of something that could possibly change history, that will not only help my generation, but future generations.”

Correction: A previous version of this story paraphrased Stacey Smith, saying many members have guns in their homes. Smith is not one of the members who owns a firearm, although many in her extended family do own guns.

With estimates on the cost of the downtown parking garage being to close for comfort with some members of the... read more