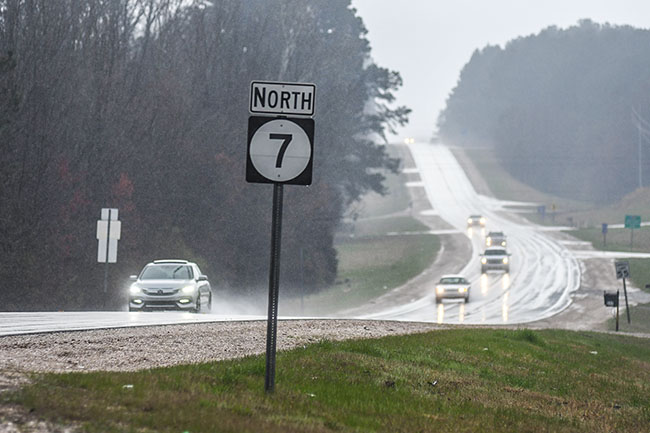 There were no big surprises Thursday at an open house public meeting aimed at getting feedback from citizens on their concerns about Oxford’s transportation network.

About 30 people stopped by the open house between 5 and 7 p.m. at the Oxford Conference Center, viewing road maps, verbally expressing opinions and concerns while others jotted down what they felt are trouble traffic areas in Oxford and Lafayette County.

Most were concerned about traffic on West Jackson Avenue, University Avenue and South Lamar Boulevard. A few made suggestions of where future bus stops should be located, and some wanted to see more connectivity and safer pedestrian access.

The city, county and university are equal partners in funding and in the participation of a new LOU Transportation Master Plan that will identify the existing challenges with the area’s transportation network, develop short and long-term strategies aimed at addressing these challenges and prioritize them.

Waggoner Engineering has been hired as the consultant firm to help develop the master plan. Representatives from Waggoner were on hand Thursday to answer questions.

Tracy Hoffman, vice president at Waggoner, said his firm would gather the information provided by citizens Thursday and through the online survey that’s on the city of Oxford’s website at www.oxfordms.net.

“We’ll take the information and sort through it, categorize it and then feed it into the technical engineering data and see how they mesh and hopefully come up with solutions that address the public’s concerns as well as meeting the engineering needs,” he said Thursday. “We’ll begin working up maps and form the plan, present it to the advisory committees and then start prioritizing the various projects.”

Citizens were given colored dots and sticky notes to write comments and place them on maps to point out areas they had concerns and suggestions on how to improve.

Some of the comments gathered Thursday included needing better crosswalks and traffic calming measure on the University of Mississippi campus; widening of Highway 7; improvements to the traffic flow on South Lamar Boulevard; traffic backup on McElroy Drive and College Hill.

The online survey has been available online for just four days and has already garnered more than 400 responses.

So far, West Jackson Avenue tops the list for the road that most people are concerned about changing or improving.

The online survey will remain on the city’s website through April.