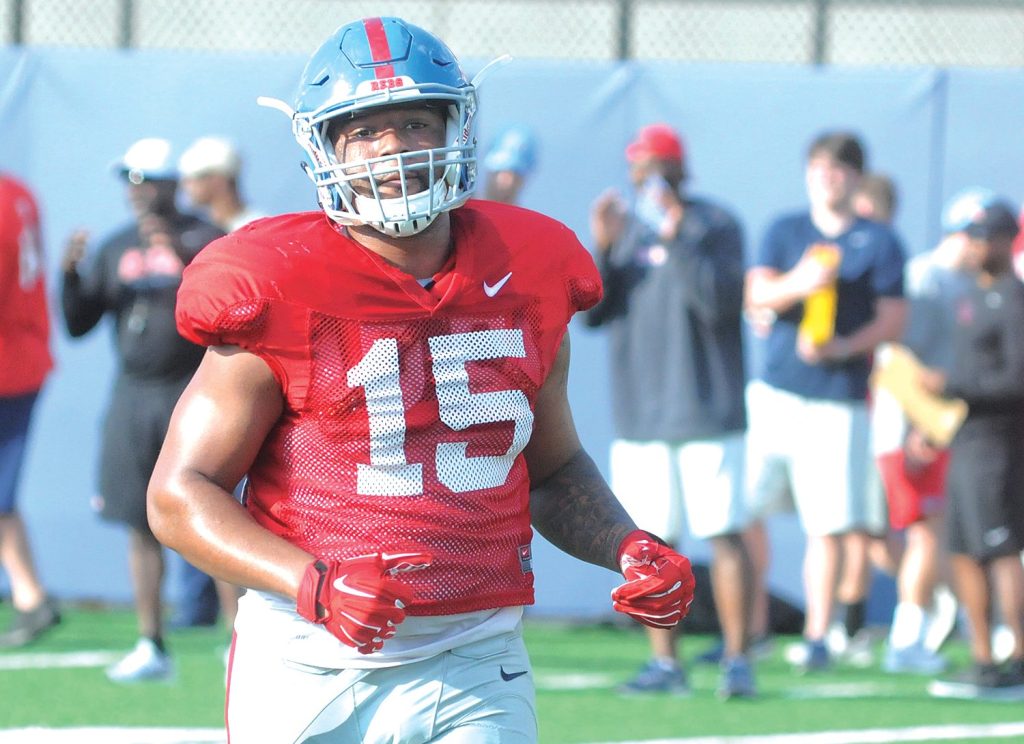 It’s an encouraging sign for the Rebels’ depth at the position. Dawson Knox is out this spring as he continues to recover from foot surgery, leaving Cooley, junior Jason Pellerin and redshirt sophomore Gabe Angel as the top options at tight end.

Cooley has gotten a majority of the first-team reps in Knox’s absence after serving as his primary backup a season ago. The opportunity has come with a renewed focus from Cooley, a former four-star signee who’s entering his junior season.

“I paid attention in the film (room) with (tight ends) coach (Maurice) Harris,” Cooley said. “I’m doing good and got a chance to show what I can do on the field.”

Cooley admitted he lost that focus last season when playing time was scarce, which also took a toll on him physically. The 6-foot-3 Cooley, who caught just four passes for 66 yards a season ago, said he put on 30 pounds and got up to 289 pounds, a gain that affected his speed and mobility to the point he said the possibility of moving to the offensive line was “real.”

“I was four pounds away,” Cooley said.

It was a wake-up call for Cooley, who said keeping his weight under control has been something he’s dealt with since his days as a big-bodied receiver at Laurel High. Cooley said he began fasting and is “still fasting. I lost like 30 pounds in a month and a half.”

“I took it real seriously because going from receiver in high school to tight end in college and then (possibly) o-line in college, it was going to be a big transition,” he added. “I wanted to play tight end, so I put my mind to it and got the job done.”

Down to 263 pounds and looking to shed five more, Cooley is moving as well as he ever has since signing with the Rebels in 2016. He was the target of numerous passes from Jordan Ta’amu during the team’s scrimmage Saturday and could help Longo add some wrinkles to his offense once Knox returns in the fall.

“He looks like he’s in the best shape he’s been in since he’s been here, which has really helped him be more consistent over not one good play but several good plays in a row by being in shape. Really pleased with that,” head coach Matt Luke said. “It gives us some more flexibility to maybe play some 12 personnel (two tight ends) and do some different things with Dawson and Cooley in there at the same time. It’s exciting to see him play the way he is right now.”

It’s helped him take advantage of his most significant opportunity at Ole Miss.

“Just going against the ones every day,” Cooley said, “it shows me how it’s going to be on Saturdays.”