Volunteer firefighters better themselves by saving others 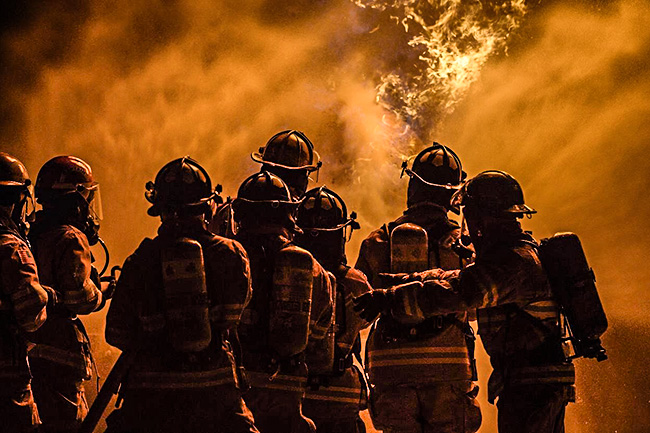 Volunteer firefighter Keveon Taylor has been involved in knocking out fires since he was 15 years old in the junior firefighter program through the Bolivar County Volunteer Fire Department.

He remembers his first fire — it was a grass fire in the median of a local highway. Since then, he’s fought fires for more than five years as a volunteer as his way of helping people.

However, it was a helmet camera he received as a Christmas gift in December that indeed opened his eyes to what being a firefighter means.

“When you’re in the structure you know there is a fire in front of you, but you’re just focused on doing your job and putting out the fire, making sure no one is in the building and searching for any possible victims,” he said.

Looking at the videos from his helmet cam, Taylor is reminded of the sheer power of fire.

Taylor, 20 moved to Oxford three years ago to attend the University of Mississippi where he was in the marching band. 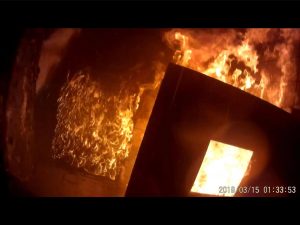 “The first week of band camp, I went to Lafayette County Fire Department to fill out an application to become a volunteer firefighter,” he said. “It’s just something I enjoy doing. I was raised to help people. And it’s fun. It’s exciting.”

Taylor plans on continuing his education after graduating from Ole Miss in 2019 to become an attorney; however, he says he will continue to be a volunteer firefighter.

Volunteer firefighters in Lafayette County are required to attend the Mississippi State Fire Academy for an 80-hour class to gain their volunteer certification within a year of joining the department. Volunteers can choose how far they want to go in the department by continuing their training.

Raleigh Sprouse joined LCFD in 2004 as a volunteer firefighter, which opened the doors for him to become a career firefighter. He works for the Southaven Fire Department and is also the training officer

“Lafayette County is known to put out some really well-trained firefighters,” Sprouse said. “When we’re at the academy, people tend to see our guys and know they’re trained to a higher level.”

“For them to be promoted in the department they need to take additional training,” Sprouse said.

“Some volunteers may just want to remain at that entry-level position, but they’re going to get training as well because we need them to know what to do once they get on scene to a fire.”

Sprouse’s father was a volunteer firefighter. He remembers going to calls with him.

“I fell in love with it,” Sprouse said. “I realized I was really good at it too and decided I wanted to be a firefighter as my career.”

“Even if we had 1,000 on the roster, we would need more,” he said. “The thing about volunteers is, we may have 150 on the roster, but we don’t have 150 people available at the same time. Some work days while others work nights. Some can’t leave home in the middle of the night because they have small children. So we always need people to volunteer.”

Douglas Sullivan-Gonzalez, Dean of the Sally McDonnell Barksdale Honors College, has been a volunteer firefighter with Lafayette County for 16 years but has been a volunteer firefighter since 1978. He started in Pelham, Ala., while attending Samford University as an undergrad. He served at Mercer Engine Co. No. 3 in Princeton, New Jersey for three years. He took some time off from fighting fires and did some traveling and received his doctorate. In 2002, he signed up with LCFD after he was published and received his tenure.

He says he knew he wanted to be a firefighter since he was in the third grade.

“I love the thrill and the physical and mental challenge,” he said. “The work is relaxing, and I get to meet so many people in the community.”

He’s received his volunteer, officer and driver operator certifications and says he takes about 20 hours a year of training courses.

For Sullivan-Gonzales, fighting fire is not just about saving lives, but connecting with the people whose lives or homes he may be saving one day. 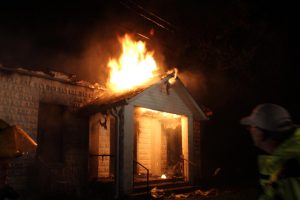 “The work has complemented my university and church work in unimaginable ways,” he said. “Becoming a firefighter offers a set of soft and hard skills that help one negotiate conflict in a tense situation, and to look for both physical and mental means to mitigate the moment.”

Anyone over the age of 18 with a valid driver’s license can apply. Applications are available at the Central Fire Station on County Road 1032 or call 662-232-2880 for more information on how to become a volunteer firefighter.