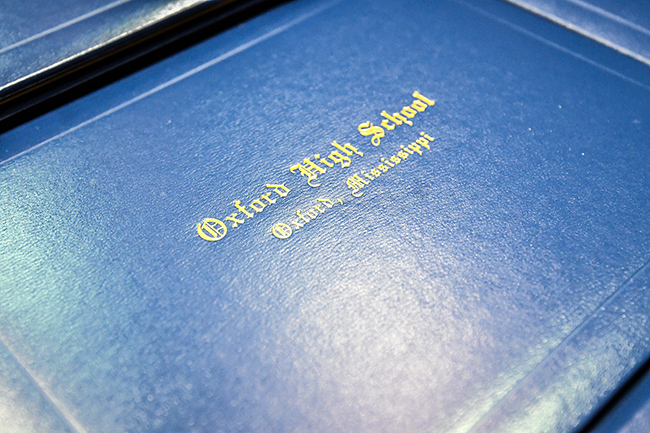 The city of Oxford has a Comprehensive Plan – currently dubbed Vision 2037 – that is updated every five years to determine the communities’ goals and aspirations regarding growth and future development. It’s a plan that “conveys Oxford’s vision of itself well into the future.”

The Oxford School District will be working with the community over the next year to create it’s own plan on what an OSD high school graduate should look like over the next decade by developing a Profile of a Graduate.

Profile of a Graduate will be a document the district uses to specify the cognitive, personal, and interpersonal competencies that students should have when they graduate. It will describe attributes, skills and attitudes the district hopes graduates will develop while in school to help better equip them for their future.

According to OSD Superintendent Brian Harvey, a Profile of a Graduate Team will soon be established, made up of about 40 community stakeholders that will include representatives from the Board of Trustees, the district office, city and county leaders, teachers, administrators, small business owners, students, industry, families and community members and representatives from the Northwest Mississippi Community College, University of Mississippi and the University of Mississippi School of Education.

Kicking off the effort will be several public showings of the documentary, “Most Likely to Succeed,” that examines the history of education in the United States and reveals shortcomings of conventional education methods in today’s innovative world. The film explores new approaches to education. Directed by documentarian Greg Whiteley, more than 3,000 communities have shared a screening of the film since its release.

Harvey said the film will be shown throughout April; however, exact dates, time and places have not been finalized.

The team will meet at least three times during April, May and June.

Profile of a Graduate will be part of a new Strategic Plan for the district.

Strategic planning with the school board and community, focusing on the vision, mission, values and goals will be done September through December. In January, the focus will shift to district and school objectives and indicators of success.

Harvey said the strategic plan should be ready for consideration of approval by the Board of Trustees in July 2019.