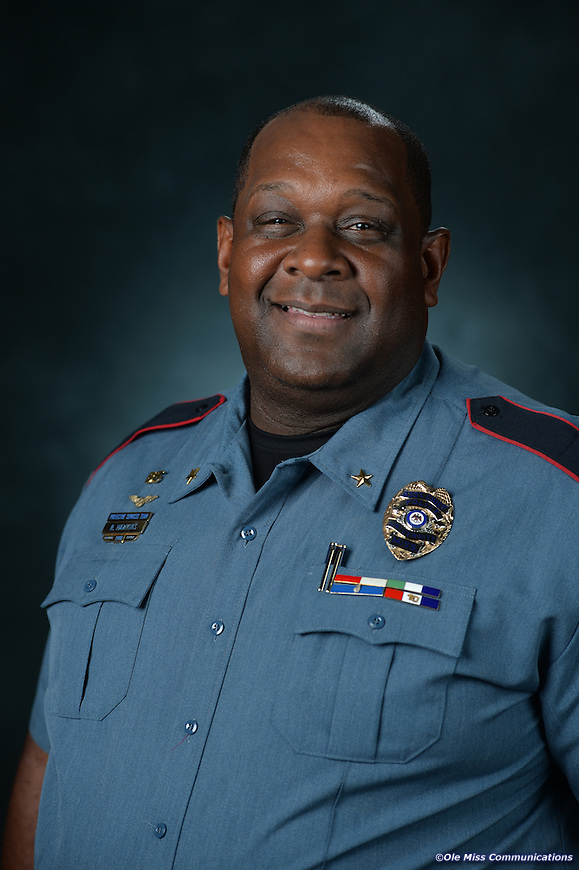 For more than 20 years, Ray Hawkins has worked hard to keep students at the University of Mississippi safe as an officer with the University Police Department.

He has served as assistant chief since 2007, working under three different chiefs of police – a title that he will now wear on his uniform.

On Thursday, Vice Chancellor for Student Affairs Brandi Hephner LaBanc announced Hawkins was selected to head up the University of Mississippi Department of Police and Campus Safety.

“I’m very grateful Dr. Hephner LaBanc for entrusting me to lead the University Police Department,” Hawkins said Friday. “I look forward to working with the staff as we continually strive to make the University of Mississippi a safe place for all.”

Hawkins was chosen to lead UPD from a list of four candidates.

An Ole Miss graduate, Hawkins has worked at UPD since 1996. He has served as a field training officer, lieutenant of Special Services, SWAT commander, detective lieutenant and other positions before being promoted to assistant chief in 2007.

The position opened in January when then-UPD Chief of Police Tim Potts announced his resignation to return to his home state of Indiana where he is serving as chief of police at Indiana University-Purdue University Fort Wayne.