A story of Warner Alford and new traditions at Ole Miss 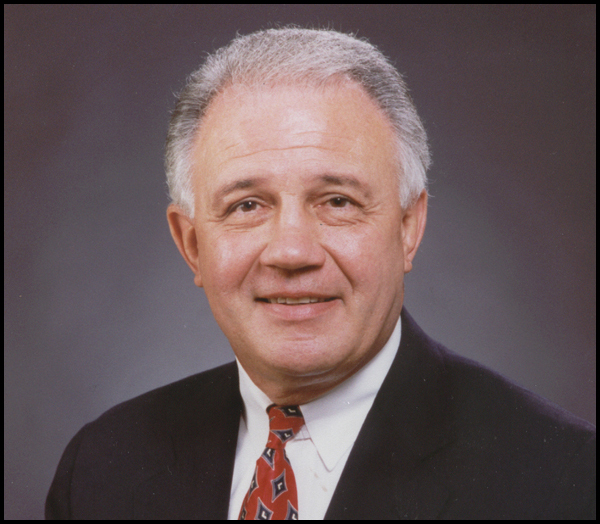 On a moonlit night, sitting among 10,000 engaged fans cheering for the No. 4 Ole Miss baseball team at Oxford-University Stadium/Swayze Field, I can’t help but think of Warner Alford.

The longtime Oxford resident and former Ole Miss football standout was the Rebel athletic director who helped build the baseball stadium that has emerged as one of the best college venues in America.

In the late 1980s, Alford’s facility assets as AD included tiny, dated Swayze Field, named after his father-in-law, legendary Ole Miss baseball coach Tom Swayze. Vaught-Hemingway Stadium sandwiched the metal and wooden bleachers on one side, and a road that ran too close to the baseball field sat on the other. The facility was a dinosaur, but money was tight in those days, and Southeastern Conference baseball wasn’t exactly a money sport.

Building a new baseball stadium would take some creativity.

Alford and the late, then-Mayor of Oxford John Leslie developed a plan for a partnership that included the city passing a tourism tax to help build a stadium that Ole Miss would play in and manage. Some town folks in Oxford didn’t know what to make of this concept at first, and the idea faced its share of controversy.

But Alford, the consummate professional in sharing the message and helping guide it through, was vital in helping the dream come true by explaining the benefit to constituents and inspiring other city leaders to make it happen.

Building a new baseball stadium in a gulley off Old Taylor Road had seemed unusual at the time, but decades later Oxford-University Stadium shines like a beacon of everything great about collegiate sports and community investment.

Those who have known Alford through the years are hardly surprised. He was everybody’s All-American from the moment he arrived at Ole Miss in the mid-1950s as a highly-recruited freshman football player from McComb, Mississippi.

Rebel players weren’t supposed to date coaches daughters – Swayze, the baseball coach, was also the recruiting coach in football — but Kay Swayze was “so beautiful,” Alford couldn’t resist asking her out anyway.

By fall 1960, a full-page, dreamy photo in Sports Illustrated revealed the couple, walking hand-in-hand on the picturesque Ole Miss campus, as a coming out story for this Mississippi university emerging on the national stage thanks to a lofty Top 5 ranking in football.

It was a magical image of the handsome couple in a magical place, showing Ole Miss in a more contemporary light to a national audience.

The rest is history, of course. Alford and Swayze were married in 1961, ultimately becoming cornerstones of the Ole Miss and Oxford community. The Alfords, known for their devotion to faith, friends and the university, lived across the street from Warner’s Rebel football teammate, Jake Gibbs. Their three children, Swayze, John, and Phyllis, remain close to their parents and are active parts of the Oxford community in churches, schools, and professional practices. All are respected for the same values instilled in them by their parents.

Alford’s friendships, born from those glory Rebel football days, include former roommate Robert Khayat, who became a much-loved Chancellor at Ole Miss; and Billy Brewer, whom Alford hired to resurrect the Rebel football program with successful results. Those connective cords of his personal and professional life have impacted the university for decades.

It’s no surprise that the stories are many regarding Warner Alford’s effect on people, institution, and community, resulting from his decades that began as a student-athlete, assistant football coach, athletic director, and ultimately, as leader of the Ole Miss Alumni Association, before he retired from full-time work in 2008.

Recently, I was telling Ole Miss Vice Chancellor for Athletics Ross Bjork a story about how Alford had quietly offered to lend a helping hand to someone. Bjork smiled as if it was a storyline he already knew.

It reminded me of 1985 when I nervously approached the Ole Miss athletic director with the big reputation as a fresh-faced, inexperienced college freshman still trying to figure out how to get big ideas off the ground.

Ole Miss football games were marked in those days by the thousands of so-called “Rebel” flags waved by students and fans alike. Through the 1982 football season, Ole Miss had traditionally purchased about 9,000 or so of the Confederate battle flags on a wooden stick, and school cheerleaders traditionally handed them out to students at home games.

African American student John Hawkins was a Rebel cheerleader at the time, and he wanted no part in handing out the flags. Brewer had just arrived as the Rebel football coach, and he didn’t think the image was good for recruiting. So, Chancellor Porter Fortune wisely announced in spring 1983 that the university would stop purchasing those the flags.

It was controversial, of course, and most students brought their own flags to the games to wave instead.

Enter my meeting with Alford, the Ole Miss athletic director.

I called the Rebel athletic department, asking for an appointment with Alford soon after finishing my freshman exams in May 1985. To this day I’m not sure why he accepted except for, as Bjork says, that’s Warner.

I was nervous sitting across the desk from Alford, who displayed a firm handshake, a deep voice, and that All-American legacy. But, he invited to share my idea.

We can start a new tradition, I explained. Let’s purchase thousands and red and blue pompoms and have the cheerleaders distribute those to students at football games.

Alford instantly liked the idea, improving it with a suggestion.

“It will be more successful if you can get the students behind this first,” Alford explained. “So, let’s make a deal. If you can go out and raise half of the money from student organizations, I will match the rest, and we’ll buy those red and blue pompoms.”

I left his office with my best lesson of the year, inspired to get buy-in from the grassroots so it could succeed. Soliciting funds from Ole Miss fraternities under the guise that school spirit needed a new tradition, I had collected almost half the money by mid-summer, but time was tight since the 1984 Rebel football season was only two months away.

Alford called me to visit his office before the Fourth of July, and I sat across from him, this time more at ease. The man with the firm handshake was an ally.

“Congratulations,” he told me. “You came close to raising this money, and I’ve decided to make up the difference and match the rest. Let’s order those pompoms and get them in time for this football season.”

The Rebels opened the 1985 season against Memphis; the cheerleaders handed out pompoms before kickoff amid a smattering of a few boos from the stands. But most students did take them and wave them. By the end of the season, it wasn’t an issue at all and the pompoms mixed in with the battle flags others still brought to games.

A decade later, it was practically all red and blue pompoms in the stands.

Three decades later, that experience comes back and makes me smile whenever I’m at Ole Miss football or basketball games, seeing thousands of red and blue pompons that shake, rattle and roll in the stands.

It reminds me of how Alford, our friend and neighbor, quietly made it happen.

Sort of like this baseball stadium we all enjoy.

David Magee publisher of the Oxford EAGLE. He can be reached at david.magee@oxfordeagle.com.

A few thoughts about gun control