Oxford, Lafayette have strong showings at the Mississippi HS Invitational 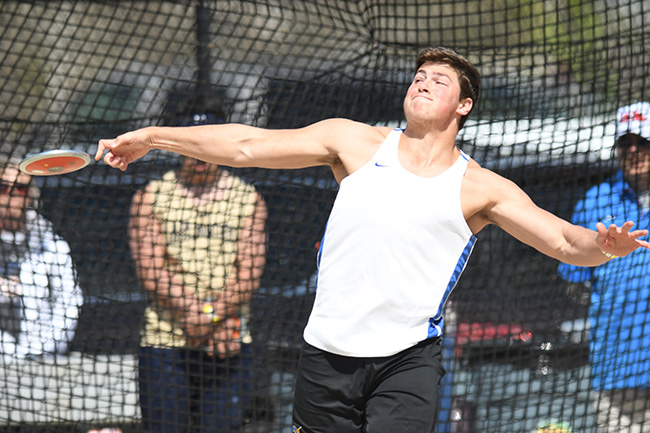 Track season is in full swing and with a little over a month until the state championship meets in Pearl teams are trying to find that rhythm. Oxford and Lafayette are starting to get in their groove and had strong showings at the Mississippi High School Invitational on Friday at the Ole Miss track & field complex.

Over 40 schools competed in the event from all over Mississippi and Tennessee. There was not any team scoring nor points awarded but teams were looking to improve on individual results.
The Chargers and Commodores combined for 26 Top-10 finishes in the boys’ events and 13 Top-10 finishes in the girls’ events. Oxford took home five first place finishes while Lafayette won two events.

“Winning against competition from multiple states, people bringing their best from their states to run with us. I think it kind of lets us know where we are right now,” Oxford coach Chris Patton said.

Some personal records were set on Friday with Tyrese Ivy placing second in the 400-meter dash with a time of 50.17 seconds. Ivy also set a personal record in the long jump with an attempt of 6.55 meters for a runner-up finish. In the triple jump Byron Pearson and Wesley Pegues also set new personal bests. Pearson placed second with a mark of 12.57 meters and Pegues placed eighth with a mark of 11.88 meters.

Quetin Wilfawn swept his field events for the second time in as many weeks. The senior won the discus throw with a mark of 135 feet, 10 inches and also picked up a win in the shot put event with a throw of 45 feet, 9 inches. He also won both events last week at the Madison Central Track Classic in Madison.

In the high jump Oxford’s Kyla Johnson won the girls’ high jump with a mark of 5 feet, .25 inches.

On the track Oxford had multiple wins. Jaquan Webb took first in the 100-meter dash with a time of 11.01 seconds. Webb also took runner-up in the 200-meter dash. In the relay events the Oxford boys won the 4×200 with the team of Ivy, Webb, Pearson and Ladarrius Giles. The Chargers placed no worse than fourth in the men’s relay events.

“We’re still trying to put this thing together because once we get to district everything is a lock as far as individual events,” Patton said. “Relay events I can still move some stuff around. …the weather’s been crappy for us. We’ haven’t been able to practice as much as we want but being able to compete every week is helping us get into shape.”

Lafayette had a strong day in one of their first meets with a complete team to bring.

On the boys’ side the best result was in the 4×100 with the team of Brandon Turnage, Michael Mathis, DeDe Miller and Quinshun Twilley taking first with a time of 43.59 seconds. The team of Miller, Twilley, Tabias Brown and Xzavious Stokes placed 10th in the 4×200 relay.

Turnage had finishes of third place in the 400 meter and eighth in the 100 meter.

“Our guys had a real good day,” Lafayette coach Ben Mikell said. “This is the first time we’ve had all our guys at a meet. We’ve almost had like a split squad at times. …they’re really progressing and have worked hard.”

The Lafayette girls had strong outings in the field events. The reigning Class 4A state champion in the shot put, Mariah Holland, won the shot put event with a throw of 33 feet, seven inches. Holland also placed eighth in the discus throw. Xhiir Burgess placed ninth in the long jump.

The Water Valley distance runners also competed in Friday’s event. Lillian Lindsey and Coulter Clement competed in the 1600 and 3200 meter races and came away with Top-25 finishes. Lindsey placed 13th in the 3200 and 23rd in the 1600 while Clement had a 23rd-place finish in the 1600 meter.