Bjork to serve as featured speaker for wellness center fundraiser 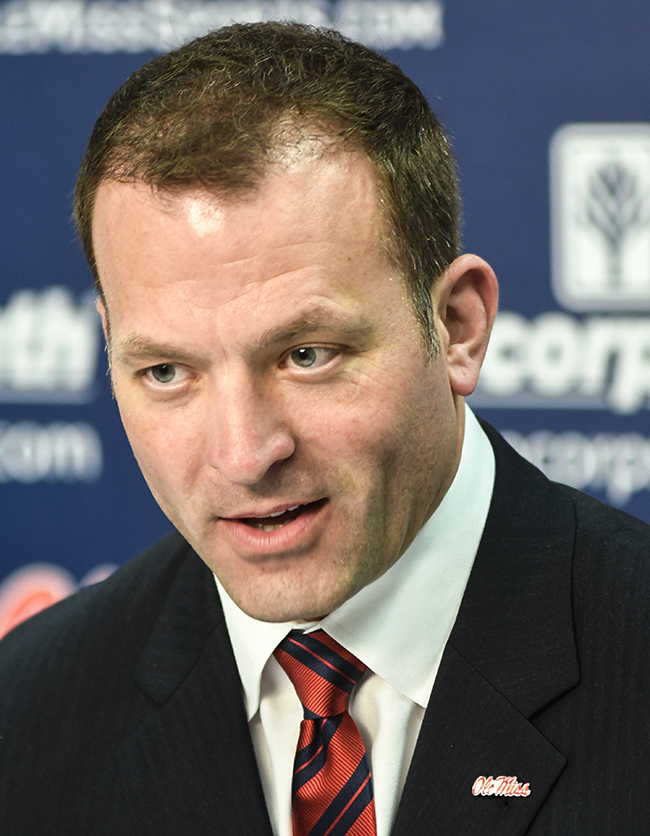 Ole Miss Vice Chancellor for Intercollegiate Athletics Ross Bjork will be the featured speaker this Friday evening at an event raising awareness and support for the William Magee Center for Wellness Education at Ole Miss.

Sponsored by the Phi Kappa Psi fraternity, which has made the Magee Center its philanthropy, the April 13 event will be held at 7 p.m. at The Jefferson in Oxford. Dinner will be served, and tickets are available to the public for $35 each.  Tables of eight can be purchased as a group.

The wellness center, which will provide alcohol and other drugs educational support to students, is named after David and Kent Magee’s late son William, an Ole Miss alum who died of an accidental drug overdose not long after graduation. William was an honors college student, member of the Rebel track team and an active member of the Greek community at Ole Miss.

After being announced as an initiative last fall, the Magee Center is nearing $1 million level in fundraising this spring, making Friday night’s event a celebration for the cause.

Bjork and the Rebel athletic program, along with the M-Club, have been instrumental in the successful fundraising for the center, contributing funds and awareness to the campaign. When the men of Phi Kappa Psi asked the Ole Miss athletics leader to speak at Friday event, Bjork didn’t hesitate.

“We are so honored to have a featured speaker the caliber of Ross Bjork,” said Harris Jones, Phi Kappa Psi president. “Athletics is such an important part of the leadership and experience at Ole Miss, and there’s a lot of exciting things happening. The new wellness center, and the desire to compete at the highest level, go hand-in-hand.”

The men of Phi Kappa Psi are also hosting a benefit golf tournament to raise money for the Magee Center for Wellness Education on Saturday, April 14, at Mallard Pointe Golf Course at Sardis. The golf tournament, in a scramble format, has a noon start. The cost is $150 per player or $500 per team. To sign up contact Sam Dethrow at sadethro@go.olemiss.edu.

Bjork has been the athletics director at Ole Miss since 2012, leading an unprecedented era of growth in fan support and facilities. Recently, he has announced the hiring of two new basketball coaches, in men’s coach Kermit Davis Jr. and women’s coach Yolett McPhee-McCuin. Fans are also enjoying the success of the Ole Miss baseball team, ranked No. 3 in the country, and enthusiasm for new head football coach Matt Luke.

“Ole Miss athletics cares about the entire student body,” said Sam Dethrow, vice president of Phi Kappa Psi. “We are excited to hear him speak and hope others will join the worthy cause.”

The fraternity’s support has seen more than $30,000 contributed to fundraising for the Magee Center.

For more information about the event or for tickets or to sign up for the golf tournament, contact Sam Dethrow at sadethro@go.olemiss.edu.