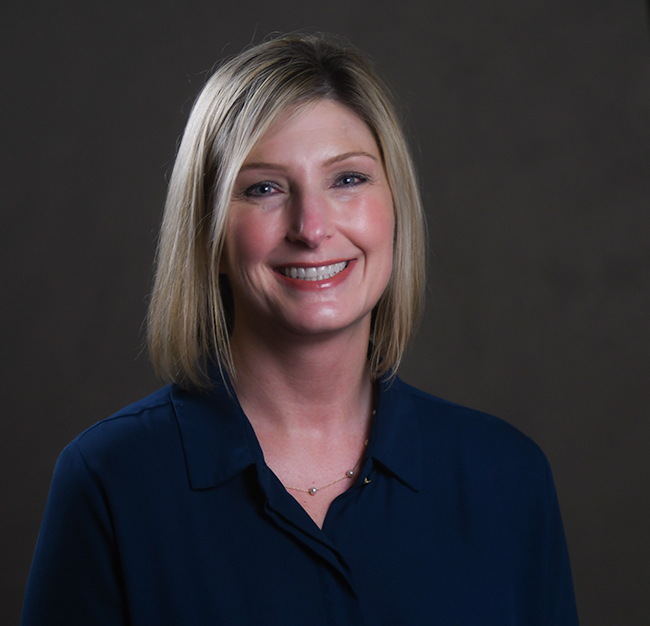 Leigh Felty, in Oxford, Miss. on Wednesday, March 28, 2018, is the head of nursing at Baptist Memorial Hospital-North Mississippi.

It’s all related to the adage the apple doesn’t fall far from the tree. What Felty learned from her parents while growing up in Lafayette County, she utilizes today as director of nursing at Baptist Memorial Hospital-North Mississippi.

Felty’s father, Anthony Pulliam, delivered newspapers to the Lafayette-Oxford-University community for decades as a side job. Pulliam began delivering in 1955 at the age of 12,  distributing Memphis newspapers on a bicycle route and ended up as a distributor in the area for the Clarion-Ledger, the Jackson Daily News, the Memphis Press-Scimitar and the Commercial Appeal until 2003.

When Felty was in school, her father was delivering papers early in the morning, seven days a week. It was a job that included rolling papers, applying rubber bands and throwing them into yards and it frequently required help.

“AP would come looking for you in the morning,” Felty recalls, laughing. “Get in the car, Leigh. We’re rolling. I was in high school. Not what I wanted to do at five in the morning.

“We would be in the car, and he’s going around corners saying, ‘roll, Leigh, roll’ and I am rolling papers as fast as I can while getting car sick. He wanted to hurry up so he could get to the Beacon for breakfast.”

Felty said Sundays were for clearing out the newspaper racks and collecting quarters accrued during the week. She and her brother, who did his share of paper route work as well, had to work phone messages for missed papers and often make a delivery around town on short notice. (It’s worth noting that Felty’s grandparents, Bob and Alene Pulliam, were also Commercial Appeal distributors.)

As an undergraduate student at the University of Mississippi, Felty was sent to pay her tuition with a giant bag of quarters collected from the newspaper racks.

“I paid tuition at Ole Miss with rolled change,” Felty said. “AP wanted me to know it takes hard work to get where you want to go.”

“She retired for about three weeks,” Felty said, smiling. “She has to have her people contact, and she loves helping people in the healthcare field. My mother is brilliant, and she has always been my mentor.”

Felty started working at the Oxford hospital at the age of 15, a job her mother helped her get. Felty said she was a shy teen and was more interested in learning about health care than her social life.

“It was awesome,” she said of her first job. “I was around all the nurses, the paramedics. I got exposed to a lot.”

Felty’s grandfather, Bob Pulliam, had been the maintenance supervisor at the hospital when it first opened in 1968 so she and her brother, who also worked there, felt right at home. It’s no accident that both ended up in healthcare. Felty’s brother is a physician.

“When I graduated from Oxford High School in 1987 I briefly considered going to college to become an accountant, because I had done my father’s books,” she said. “But once I got to school I thought, ‘Who am I kidding?’ This is my love; this is my life.”

Felty graduated from UMMC in Jackson with a degree in nursing and got a job in Memphis working critical care and ICU before taking a job in home health hospice.

“I had lived a charmed life,” Felty said. “My grandparents were alive. Not a lot of tragedy. That hospice experience was a character builder for me because it made me much more empathetic to what people go through at the end of life. How they are treated is important.”

Felty, whose son Kirk Laughter is also pursuing a career in healthcare, came back to Oxford in 1996 for a job at Baptist, where she spent eight years; she left to work in Virginia for four; then returned to Oxford in 2009, becoming director of nursing at BMH-NM two years later.

“I had about four departments to oversee when I became director of nursing,” Felty said. “Now there are 12. We have grown, but we have an excellent staff of nurse managers who make this so rewarding.”

Felty said the move to Baptist’s new facility late in 2017 was challenging – “it was almost like having two jobs,” she said – but necessary and worth it.

“We left a lot of memories (at the old facility),” Felty said. “I was born there. Got my first job there. But that building had outlived its ability to serve the community into the future.”

As a director, Felty’s responsibilities require more management and planning these days, but she works to remind nurses on staff that patients deserve compassion.

“Don’t ever forget who you are taking care of,” she said. “That’s somebody’s mother or grandmother. That’s somebody’s precious person. It’s about meeting patients and families where they are.”

A lesson she learned early from her mother.

“I can’t imagine doing anything else,” Felty said. “I’ve never done any work that wasn’t in healthcare. My brother is the same way. He knew in about the fifth grade he wanted to be a doctor. My son’s the same way. It’s a family tradition I guess. That’s kind of cool.”

Parent upset over removal of Holocaust unit from eighth-grade…