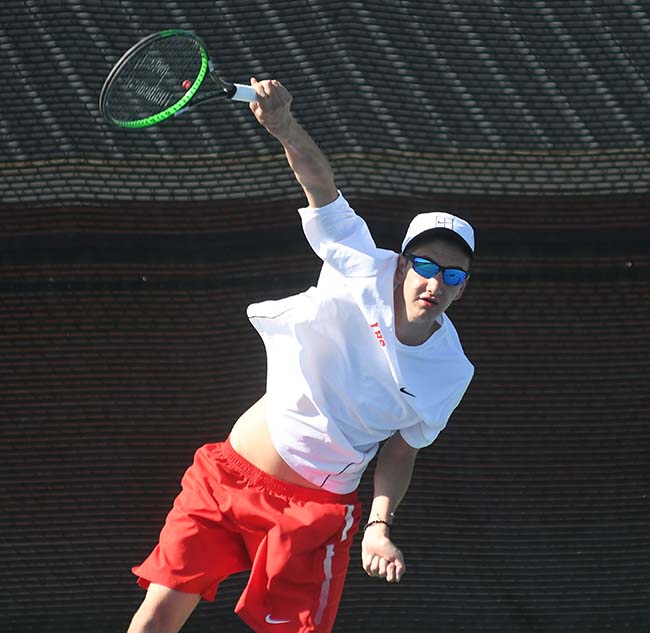 Lafayette has never competed for a state championship in tennis. They’ve never made it past the North Half round due to being stuck in Class 4A with tennis powerhouse New Albany.

The Commodores are no longer in 4A and therefore do not have to worry about New Albany this season. They are in Class 5A are hopeful to make history come next month.

Things got off on the right foot on Tuesday with the postseason beginning with the Region 2-5A individual tournament taking place at the John Leslie Tennis complex. For the first time in program history Lafayette had five players and teams qualify for the individual state championship tournament, taking four championships and one runner-up.

A lot of the success this season — which has been one of the Commodores’ more dominant in recent years — is due to the players believing this year can be something special.

“I think they’re all starting to believe because they know what’s there,” Lafayette coach Debbie Swindoll said. “I think it helped us moving up (in classification).”

As has been the case all season, Lafayette’s two singles players continued their dominance on Tuesday. Manuel Lopez-Wolff and Ally Bowen each cruised through their brackets with straight set wins to clinch the region championships.

Wolff, a transfer student from Columbia, South America, has been a constant for Lafayette since returning to the lineup a month ago after suffering a wrist injury early in the season. Wolff won his first round match 6-1, 6-1 then defeated Saltillo’s Stephen Gordon 6-2, 6-0 for the title.

“(Wolff’s) making our other players better,” Swindoll said. “It adds an element to practice that ups the levels. He likes to play and that’s infectious. That’s good.”

The reigning Class 4A girls singles champion got her bid for a 5A state title underway with a 6-1, 6-1 win over Grenada’s Tia Topps in the championship match. Bowen won her first round match against West Point 6-0, 6-0.

It was a successful day in the doubles brackets for Lafayette. The Commodores won both the boys’ and girls’ doubles titles and finished runner-up in the mixed doubles.

The team portion of the Class 5A playoffs begin on Monday when Lafayette hosts Ridgeland in the first round at 3 p.m.

No. 5 Ole Miss responds to rough weekend with…