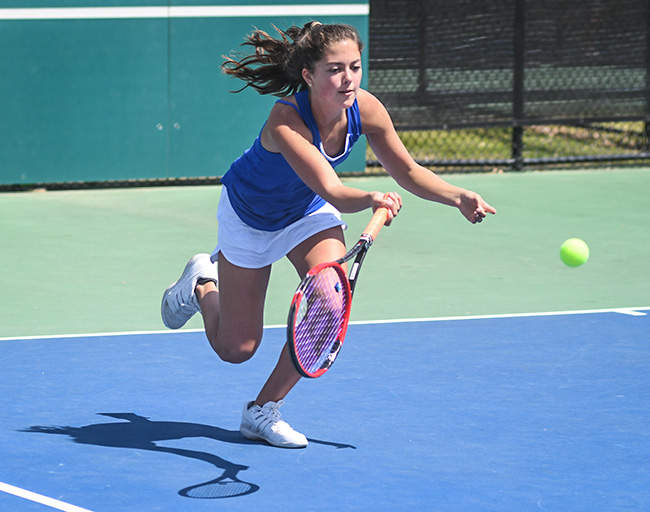 The postseason is old hat for Oxford. The Chargers have won 10 straight state championships. This season they are in search of their 11th consecutive title and if they achieve that goal it may be their hardest earned.

The playoffs have not started yet but the postseason began in earnest on Wednesday with the Region 2-6A individual tournament being held at the John Leslie Tennis Courts.

The Chargers came away with two titles and two runner-ups with four players and teams qualifying for the Class 6A individual state championships next month.

Oxford’s first season in Class 6A went much smoother than originally expected, during the regular season at least. The Chargers went a perfect 16-0 and clinched the 2-6A division championship with a 4-3 win over Tupelo last week.

“We won six matches 4-3, won a couple 5-2 that could’ve gone either way,” Oxford coach Louis Nash said. “We pieced together lineups that have worked out. Even lineups that worked out we’ve had (an) unexpected kid here and there do something we didn’t think they would. It kind of takes all that to win your matches.”

This was always going to be a season where Oxford would have to fight for every point they earned, with a roster that was not as deeps as years’ past.

The combination of Nash and Jones as the main anchors in singles competition nearly always netted two points. It was finding the right combination in the other five matches to find the other two winning points that was the difficult task.

“Grace Anne and Bo, whether they play singles or doubles, and Ryan have to win wherever they are for us to be successful,” Nash said. “We said that at the beginning (of the season). …the girls are getting better and we knew it would take a little bit of time, but our boys have been tough.”

The 6A playoffs begin on Monday with Oxford hosting Warren Central in the first round at 2 p.m. If the Chargers get past the Vikings they will more than likely face Madison Central. If they can get past the Jaguars either Tupelo or Northwest Rankin could be waiting in the wings in the North Half round for the right to get back to Jackson for the 6A state championship match.

“As I told our kids, ‘y’all have grown up in the program and expect to win and other people hope to win,'” Nash said. “There’s a big difference between to the two.”