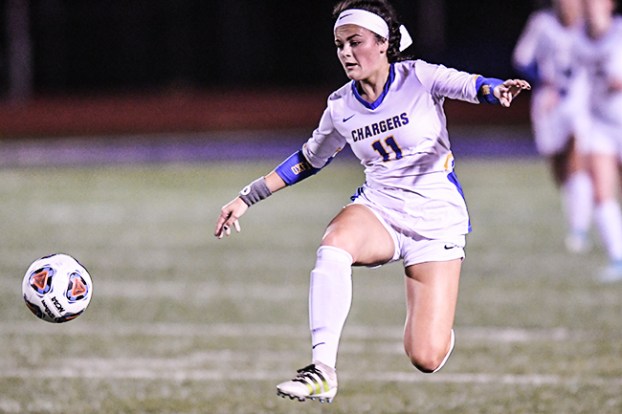 Some of the area’s top female soccer players have been staying close to home and continuing their career at Ole Miss. That trend will continue with Oxford’s Morgan O’Connor committing to join the Rebels.

She will be the third player from the Oxford-Lafayette area to play for Ole Miss, joining former Commodores Alley and Maddie Houghton.

The decision was one that came down to one thing for O’Connor, family. She wanted to stay close to home as her mom, Jennifer, has been battling a rare form of brain cancer called Gliobastoma.

“I think Ole Miss his home for her,” Oxford coach Hunter Crane said. “Morgan plays much better when she’s comfortable and Ole Miss is comfortable to her. I would have supported her wherever she wanted to go. …at the end of the day I think the decision was what was best for her.”

The 2017 EAGLE Player of the Year had plenty of options to choose from, including others from the Southeastern Conference. Suitors included Auburn, Alabama and Memphis who had also made offers to O’Connor. In the end it was Ole Miss and what Matt Mott’s program had to offer which won out in the end.

“They presented it well and I know Ole Miss,” O’Connor said. “I kind of already knew who it was. I just wanted to explore my other options first.”

O’Connor is not finished with her high school career just yet as she is finishing up her sophomore year. Oxford won their second straight Class 5A state title in 2017 but were eliminated in the first round of the Class 6A playoffs this year.

In her ninth grade year O’Connor scored 55 goals and this season she found the back of the next 26 times, landing her on the 2018 EAGLE All-Area team.

“She didn’t have the year that she wanted to this past year and that had a little different reasons for it,” Crane said. “Being able to make this kind of commitment and get kind of relaxed and progress will make her that much better.”

The Chargers will only have O’Connor for one more season. She is intending to graduate early and sign with Ole Miss as part of their 2019 class.