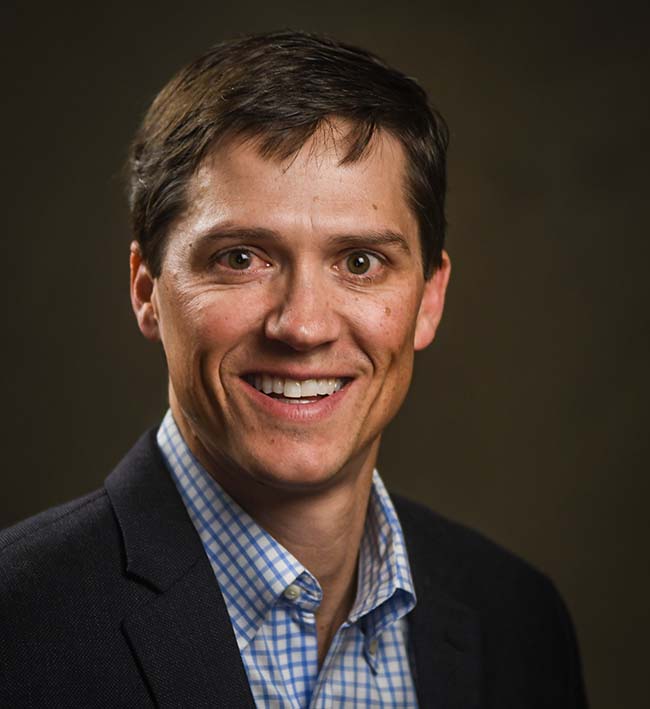 David Blackburn earned his bachelor’s and master’s degrees in accounting from the University of Mississippi. He was sure accounting was his career path and loved learning about it while in school.

However, after a few months working as an accountant in Nashville, the developer realized crunching numbers all day wasn’t for him.

“It’s a team award really,” Blackburn told the EAGLE recently. “We’ve been able to grow together as the company grows.”

Blackburn met his wife, Karen, during a blind date in 2000 while attending Ole Miss. They were married in 2002 and have two boys, Collins and Niles.

Blackburn, 39, went to work for Karen’s father, Julian Allen, who started R.J. Allen & Associates in 1984. The contracting firm was involved in several projects across five states.

“He told me, ‘David, I’ve always been a contractor, and I think you’d be good at development,’” Blackburn said.

After working under Allen and learning all about the development business, Blackburn formed The Blackburn Group in 2006. Today, the business is the holding company for multiple affiliates, including R.J. Allen & Associates, a commercial general construction company; Blackburn Communities, a residential development and property management company; and Fitness Holdings, a group of eight fitness centers throughout the state of Texas.

In 2010, development in Oxford looked more promising as the area was climbing out of the recession. Allen and his fraternity brother, Murray Avent, started discussions in late 2012 on developing more than 500 acres of what is today Oxford Commons.

Allen died in November 2012 in a plane crash.

“He was such a visionary,” Blackburn said of his father-in-law. “Without knowing what would happen, he prepared all of us for when something like this did happen. He focused on our other team members and me, making us self-sufficient, letting us make decisions and being empowered so when he passed, the team came together, and it didn’t slow us down.”

There are now 125 homes built in the residential section of Oxford Commons. Another 750 are planned to be constructed over the next 20 years. Blackburn said Oxford Commons is becoming what he and his father-in-law envisioned.

“It’s a place where a kid can go to school and ride his bike there and home,” he said. “Or a high schooler can stop off at his parent’s office after school and break up their day. People can work, live and play without having to get into a vehicle.”

The Blackburn Group had three employees in 2006. Today, there are more than 100 employees.

The Blackburn Group’s affiliated companies have been honored by Inc. for five consecutive years in the magazine’s ranking of the fastest-growing private companies in America. The continuous success earned them Inc. Hall of Fame recognition.

“That’s one of the awards we’re most proud of,” Blackburn said of the Best Places to Work accolade. “We’re passionate about what we do. I really enjoy my work and so does our team. We just love what we do.”

When not developing communities, Blackburn enjoys skiing in Colorado, or “wherever there is snow and a mountain.” He grew up playing competitive tennis and played for Ole Miss while he attended school. He serves on the Board of Governors for the Ole Miss Athletics Foundation, the Board of Directors for the Ole Miss Alumni Association, and the finance/investment and capital needs committees for St. Peter’s Episcopal Church.

While his company has several investments in Texas and other states, Blackburn said Oxford is home.

“I stayed in Austin for about three or four months to start some developments out there and while we loved it, but it just wasn’t the same feeling of home that we have in Oxford,” he said. “You’re in a small town with big city amenities – sports, the arts, great food and really great public school systems, which is such a big advantage. We feel like we’re living in Mayberry.”