Oxford routs Warren Central to advance in 6A playoffs 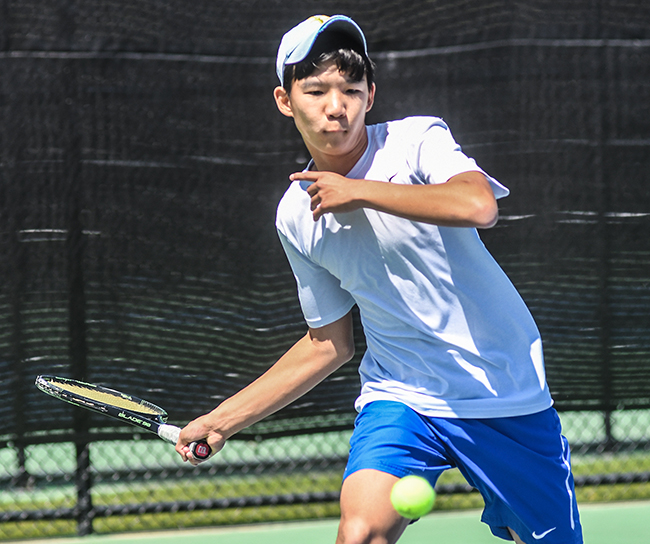 Oxford defeated Warren Central 7-0 in the first round of the Class 6A state playoffs at the John Leslie Tennis Complex.

The Chargers (17-0) will host Madison Central in the second round on Thursday at 3 p.m.

“It turned out OK,” Oxford coach Louis Nash said. “I thought our mixed (doubles) did OK. They struggled. …They’re all about serving well and returning well. We hadn’t been doing that.”

The team of Abbie Mounce and Emma Jones had to battle in a three-set win over the Warren Central team of Taylor and Lainey Smith. Jones and Mounce won 5-6, 6-5 (10-1).

Another three-set win came from the mixed doubles team of Savannah Nagle and Downing Koestler. They won 6-4, 1-6 (10-5).

Thursday’s match will be between the reigning 10-time Class 5A champions and the two-time defending Class 6A champions in Madison Central. Oxford faced the Jaguars early in the season and came away with a 4-3 win.

Their rematch will be for a ticket to the 6A North Half match later next week.

“The champs are coming,” Nash said. “They’re good and it will be tight. It will be close. Quality tennis and we’re going to have to show up to play.”