Low-speed vehicle-for-hire drivers can now be 20 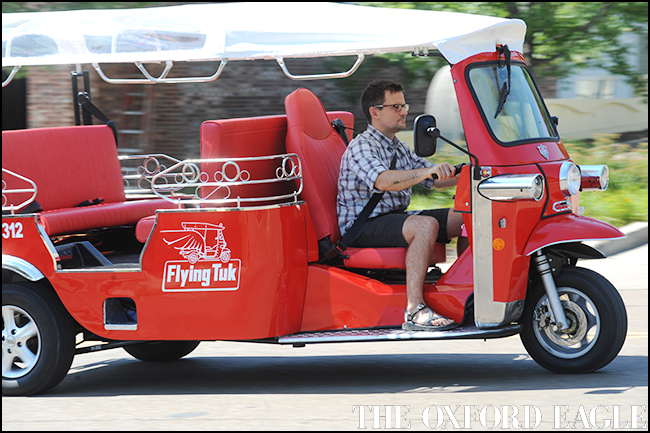 After no one from the public spoke out against a chance to Oxford’s Vehicle for Hire ordinance to lower the age limit allowed for low-speed vehicles to 20 during a public hearing Tuesday, the Oxford Board of Aldermen voted to forgo a third reading for the change and passed the amendment to the ordinance.

The city required all drivers operating vehicles for hire to be 21 years old.

The city’s Vehicle-for-Hire ordinance has three categories of taxis – traditional taxi vehicles, pedicabs and the type of vehicles used by Flying Tux, or other low-speed vehicles like golf carts.

Danny Klimetz, the owner of Flying Tuk, told aldermen earlier this month he was having a hard time finding and keeping drivers with the age limit being 21 since most are seniors in college and preparing for graduation. He originally requested the age be lowered to 18 but the board felt 18 was too young and approved lowering the age to 20 instead.

The low-speed vehicles are mechanized three-wheeled electric, open-air taxis. They travel at a maximum of 25 mph and only allowed on Oxford streets with a maximum speed limit of 35 mph.

The new age requirement goes into effect in 30 days.