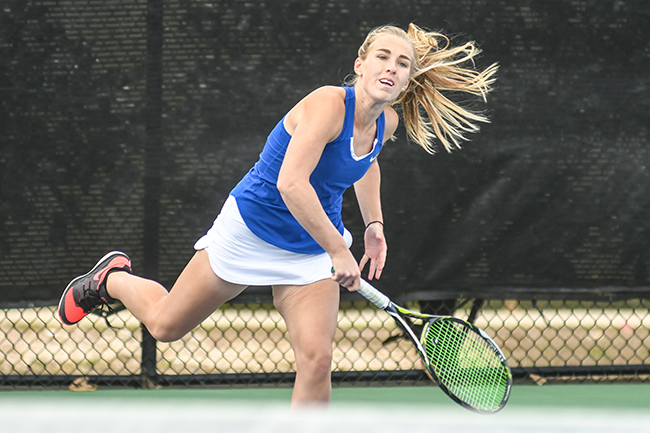 Whenever Oxford’s dominant run through Mississippi high school tennis reaches its conclusion Grace Anne Jones will have a prominent spot in the history books. Jones has helped the Chargers win several of their 10 consecutive state championships and is so good at her craft she becomes an afterthought. In a good way.

“The thing about (Jones) being so good for so long you just take her for granted,” Oxford coach Louis Nash said. “It’s just, ‘oh, Grace Anne will win it.’ You take it for granted. Her worth will be measured when they’re gone. You’ll find out it takes two spots to fill one. Maybe more.”

Jones may have been taken for granted by Nash on occasion but she has been noticed by the college across town and it earned her a chance to play at the school Jones has always wanted to attend.

Ole Miss offered Jones a preferred walk-on spot on the women’s tennis team back in January after Rebels’ coach Mark Beyers watched one of her hitting sessions. Jones accepted that offer on Wednesday, realizing her dream in front of teammates and family at the Oxford Parks Commission activity center.

This was not the only offer Jones received. She spent the next three months wading through offers from the University of Houston, Creighton and George Mason among others. Ole Miss is where she wanted to always be.

“It was a little nerve-racking,” Jones recalled of having Beyers watch her. “He watched me hit a few times with a former Ole Miss player. I was a little bit scared in the beginning but I got more used to it the more times he came. …It really wasn’t too difficult (of a choice) because I always wanted to go to Ole Miss. So, once that kind of became a possibility I was just excited to do that.”

Jones will get the opportunity to be a member of a Top-10 nationally ranked program and can earn her way up the ranks and possibly into a starting lineup after a couple seasons.

The Rebels are getting one of the top singles players in the state of Mississippi. During her time at Oxford Jones has accumulated a win-loss record of 110-2. The two losses were by the same player. She’s won multiple individual state championships and has a chance to end her career with a Class 6A individual title next month.

“It’s kind of crazy,” Jones said of her record. “It hasn’t really sunk it yet but on Senior Night (Nash) was saying I was going to be one of the most decorated female (players) here. That just kind of hit me.”

Dreams of playing professionally after her time at Ole Miss is not in the cards currently and Jones plans to put her accounting degree to good use upon graduation.

All eyes on Ole Miss’ Thornberry at this week’s…