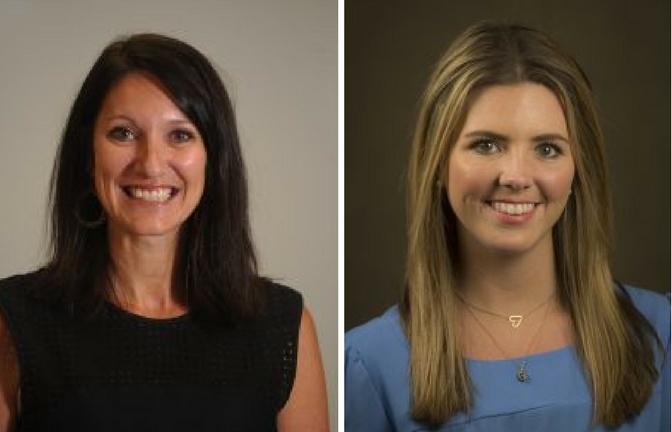 Oxford Newsmedia LLC., the publisher of The Oxford EAGLE and Oxford Magazine, is pleased to announce the appointment of Delia Childers and Katie Krouse to leadership positions.

Magee, who has led the company over the past two years to revenue and digital audience growth, a general excellence win for the newspaper in the Mississippi Press Association, and the launch of Oxford Magazine, a monthly glossy that has achieved regional distribution, said the timing is right for this move.

“We have the right team and leadership in place which positions us for continued audience, product and revenue growth,” Magee said. “Delia has been a key part of Oxford Newsmedia’s success the past two years, and Katie is ready to come back home to make an impact. We could not be more pleased with these appointments.”

Childers has served as Oxford Newsmedia Director of Advertising, playing a vital role in advertising growth for The Oxford EAGLE and the launch of Oxford Magazine. As Associate Publisher, she will continue to focus on marketing and customer service for businesses throughout the area.

A graduate of Ole Miss with a degree in political science, Childers is currently a member of the 2018 Leadership Lafayette class and looks forward to getting more involved in the LOU community.

“Living and working in Oxford is a dream and I am so thankful to be a part of this great community,” Childers said.

A native Mississippian, Childers worked for more the two decades in sales and marketing and sales management in the Jackson area before relocating to Oxford in 2015. She is the mother of three children, including Grace, 18; Alex, 15; and Eva, 13.

“Katie has excelled in extensive management training, and it is exciting that she gets to put her knowledge of the community and management experience to work in her hometown,” Magee said.

Krouse planned and executed the first Best of Oxford event last June, a sellout. As an Ole Miss student, she was a Marketing and Fan Experience student worker for Ole Miss athletics, and she was on the recruitment team and community service chairman for Chi Omega sorority.

While working in the Birmingham area, Krouse served on the Young Partners Board for PreSchool Partners.

“It’s an honor to have this opportunity and it’s great to be back home,” Krouse said.

City withdraws from TIF agreement after developer backs out