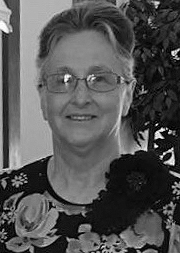 Linda Sue Butler Vanderford, 75, died Wednesday, April 18, 2018, at Baptist Memorial Hospital-North Mississippi in Oxford after a brief illness. The funeral service will be held Saturday, April 21, 2018, at 2 p.m. at First Pentecostal Church of Oxford with the Rev. James Sandy, the Rev. Floyd Odom and the Rev. Ryan Vanderford officiating. Burial will follow at Eastover Memorial Cemetery.  Visitation will be held in West Hall at Waller Funeral Home on Friday evening, April 20, 2018 from 4:30 p.m. to 7 p.m. and one hour prior to the service at the church on Saturday.

Born Sept. 14, 1942 in Alcorn County, Miss., to the late Lilly Dale Bumpas and Everett Butler, Mrs. Vanderford was a housewife, mother and pastor’s wife. She was raised in the Theo community of Alcorn County.

She married John D. Vanderford  Sr. in 1958 and graduated from Alcorn Agricultural School in 1960. She attended the West Corinth Tabernacle from 1959 to 1977 when the family moved to Oxford, to establish First Pentecostal Church. She taught a teenage class for many years at West Corinth and hosted many outings for her students at her home.

Prior to retiring as a pastor’s wife for over 35 years, she labored beside her husband in the church. Mrs. Vanderford served as a temporary Mom to scores of Ole Miss students who attended FPC, welcoming them into her home and sharing home-cooked meals at her kitchen table. She served as the Ladies Auxiliary President for a great number of years in Section 3 of the MS District UPC. Her labor of love and counsel to the young people in the church will always be remembered. Her children, grandchildren and great-grandchildren will rise to call her blessed. Along with her parents, she was preceded in death by a granddaughter, Katelyn Brooke Woodward.

Memorial contributions in Mrs. Vanderford’s memory may be made to the Tupelo Children’s Mansion, P.O. Box 167, Tupelo, MS 38802.