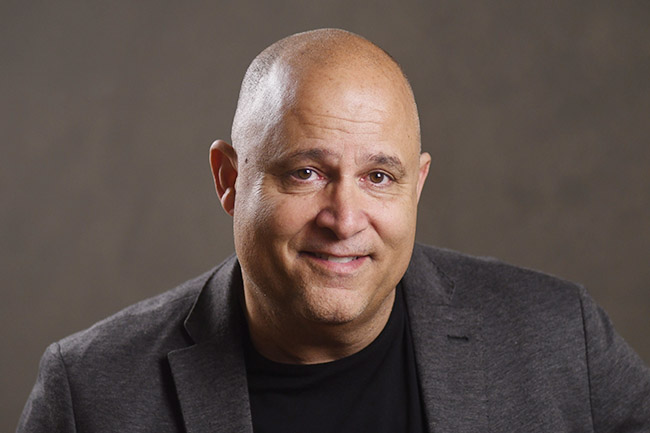 Oxford’s Lee Habeeb has one of the fastest growing programs in America on conservative radio.

But there’s no political talk on the show.

“No politics, no opinions, just stories,” said Habeeb, CEO, and voice of the program.

The radio storytelling on his daily syndicated show “Our American Stories” involves culture profiles in long form audio, revealing challenges and triumphs of a Midwest farmer, for instance, or the celebration of a life well-lived by a recently-deceased small business owner.

He gets real people telling real stories in their own words, crafting a sort of conservative “This American Life.” A recent example of a favorite segment: Habeeb had singer Vince Gill and golfer Jack Nicklaus eulogize the late golf legend Arnold Palmer.

Individual responsibility is one of Habeeb’s passions, so the program celebrates stories of American laborers, for instance, instead of the typical political hardball talk. There’s no mention of President Donald Trump on the air, or Washington in general. It’s about heartland Americana.

“The government is not an ATM,” Habeeb said. “What are you putting in? Do you want to put in? Or do you just take out? I like celebrating stories of people who have done the hard work, who are doing the hard work. They are happier. Other people are happier because of their hard work.”

Habeeb and “Our American Stories” doesn’t follow a textbook Washington script, however. The program celebrates new citizen induction stories in an era when immigration is a heated topic.

“These are pro-immigration stories that can annoy some people in the conservative world,” said Habeeb, an Arab American descendant of immigrants. He grew up in New Jersey and earned a law degree from the University of Virginia. “We need more legal immigrants. Not illegal immigrants.”

“My grandfather made me go to these immigration ceremonies to see first-hand how this is the greatest country in the world,” he said. “The show celebrates these victories.”

Habeeb’s conversation about beliefs and convictions rolls in an approachable, conversational manner, with give and take. He’s known to become more intentional with his dialogue if he feels the scale in an area like schools or news is tilting without balance.

He’s had columns published in newspapers like USA Today and The Oxford EAGLE, for instance, but is quick to tell editors he’ll “run billboards” to counter a story if necessary if it showed clear bias that is not corrected.

Married with a young daughter who attends Oxford schools, Habeeb is equally passionate about agendas that any teachers or programs may have that may be viewed as one-sided.

When asked about intensity he sometimes reveals, Habeeb says it is a combination of DNA, passion and a need for disruption.

“(Duke basketball coach Mike Krzyzewski) isn’t always just smiling,” Habeeb said. “He’s filled with emotion and you can see it and feel it.

Habeeb can get involved in more than radio. He is known for creating a YouTube video in 2008 that attacked Barack Obama on his patriotism. And, he was behind buying ads for a Forward Rebels campaign that challenged university athletics administration.

“Sometimes the don’t rock the boat works is okay. Sometimes something more is needed,” he said.

Habeeb and his wife, Valerie, moved to Oxford in 2006, about the time he became a vice president for Salem Radio. He had made his mark in national conservative radio as co-creator and executive producer of The Laura Ingraham Show which became a national number one in its time slot. He didn’t like Baltimore, however, and his wife was from Mississippi. They wanted to live in a small town, and Oxford made the most sense.

“I wanted to do a big show in a small town in the South,” Habeeb says. “The quality of life here was good. It was an easy decision.”

In 2014 Habeeb built a studio on Highway 30 in Oxford and began assembling his team of producers and technology talent from around the country to get “Our American Stories” launched. He’s in the studio daily producing the national program, and it’s not unusual to see his elementary school daughter listening in if it’s not a school day.

The Habeeb’s are members of Pinelake Church in Oxford.

He doesn’t love everything about Mississippi. Habeeb thinks we spend too much time dwelling on the past and not enough time innovating in education and jobs creation.

“Take this coding academy that’s in Water Valley,” Habeeb says. “We aren’t we doing that in our (public) schools? We can’t get a physics teacher in the Delta? Beam them in.”

When asked about funding for such programs, he says schools need to be viewed more as businesses.

“Why are we still organized under a 19th-century model? It’s not that conservatives hate our schools. It’s that schools are innovating at about 1/10th the pace. We can do more with what we have.”

As for his national radio program, Habeeb says he wants “Our American Stories” to grow bigger than Rush Limbaugh’s radio presence at its peak.

“We’re starting to get into some big (radio) markets,” he says. “We don’t do gay marriage. We don’t do abortion. We stay away from what rankles people. The program is just a place people can get into a good story.