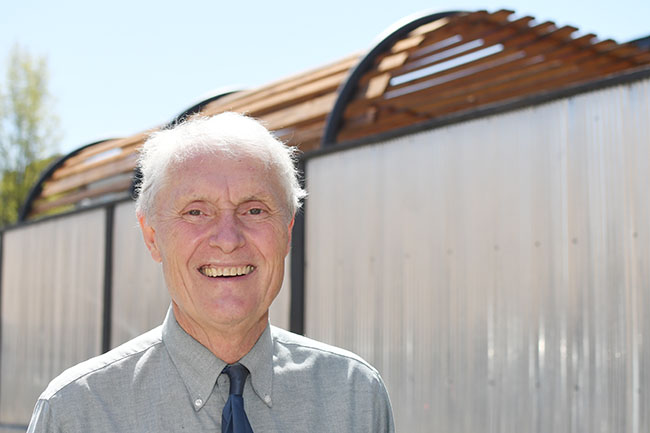 Richard C. Davis believes everyone deserves a second chance – and sometimes even a third or fourth chance.

For 30 years, he has helped provide those chances to countless individuals as the Municipal Public Defender for Oxford.

“We’re here to serve people,” Davis said recently. “I’ve fought for people. Do I look down at them because they made a mistake? Goodness, no. You have to treat everyone with respect because you just don’t know the impact you might have.”

Growing up in Miami by a single mother, he admits he was a difficult child, heading down a wrong path with no guidance. In an attempt to get her son back on track and provide discipline and order that she alone couldn’t provide, his mother sent Davis to live at the Thornwell Orphanage in South Carolina at 11 years old.

“I could have been in jail myself if this church woman didn’t convince my mother to send me to Thornwell,” Davis said. “I needed structure.”

He lived at the orphanage, that also served as a boy’s school until he graduated high school and attended Citadel Military College.

After graduating from Citadel, he spent two years in the U.S. Army, stationed in Vicksburg. During his time in Mississippi, he learned about the University of Mississippi School of Law. He applied and was accepted. He earned his law degree in 1975.

Davis admits he doesn’t quite remember what made him decide to be an attorney.

“Oh, I must have seen a Perry Mason episode at some point,” he said with a chuckle.

In 1987, he was hired as the public defender for the Oxford Municipal Court.

He earned $350 a month as public defender for several years.

“I didn’t do this for money,” he said. “I did it because I love people and wanted to help.”

Davis, 71, will officially be retired from his job as public defender at the end of April.

He said he hadn’t really planned on retiring yet, but God had other plans for him.

In March 2016, he was diagnosed with glioblastoma — an aggressive form of brain cancer and had a lemon-sized tumor removed. He continued to work as much as he could. The city appointed another public defender to assist Davis while he battled cancer. While there is no cure for glioblastoma, there are treatments to slow down the cancer growth.

On April 17, the Oxford Board of Aldermen recognized Davis for his 30 years of service to Oxford.

‘Rick Davis has always shown enthusiasm and a commitment to excellence in the representation of his clients in Municipal Court,” stated a resolution read by Mayor Robyn Tannehill. “ … he has made a mark on the city of Oxford and the Oxford Municipal Court through his high standard of service to its citizenry, characterized by the willingness, patience, professionalism, passion and respect for the citizens he served.”

Davis said he will continue serving the community through volunteering, like ringing the bell for Salvation Army – something he does annually in remembrance of his childhood when the Salvation Army often helped him and his mother.

Davis and his wife Jan live in Oxford. He has four children, six grandchildren and two great-grandchildren.

Woman arrested after getting $3K with fake credit card