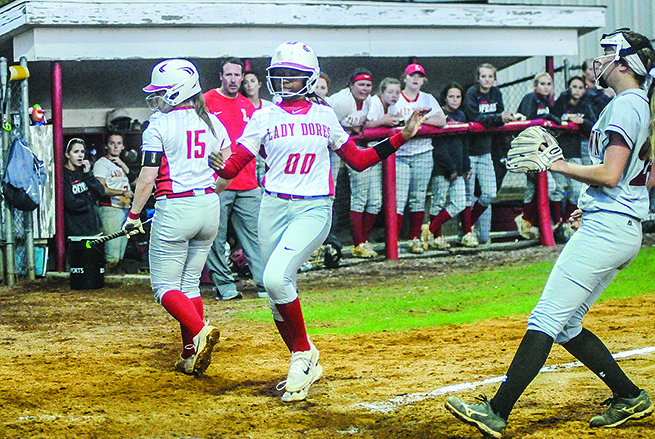 Two bad innings a solid outing from the opposing pitcher have Lafayette’s season on the brink. Germantown defeated the Commodores 12-2 in six innings at the Lafayette High softball field on Tuesday.

The Mavericks took Game 1 of their second round series in the Class 5A playoffs. Germantown can go for the sweep on Thursday in Game 2 at Germantown High School at 5 p.m. If a Game 3 is needed it will be played immediately after.

Russell worked the fourth and gave up four runs herself before she and Cobbs switched positions once again before the inning was over. Cobbs allowed the final two Germantown runs in the sixth inning. The two combined to give up eight hits, walked 10, hit three and struck out five batters.

There was zero issue with consistency in the visitor’s dugout. Germantown’s Madalyn Wilkinson pitched a complete game and held the Commodore’s to only two runs, both unearned, which came in the bottom of the fourth inning. Wilkinson gave up the runs off two hits while walking three and striking out six.

“(Wilkinson) is a real good pitcher. She hits her spots,” Jenkins said. “She does what her pitching coach wants her to do. She got herself out of jams which is what you want her to do. …she did a good job.”

Wilkinson kept Lafayette off balanced at the plate, which resulted in the Commodores stranding six runners throughout the game, with all of them left in scoring position. Lafayette recorded two hits off Wilkinson, one from Mariah Holland in the first inning and the other from Madisen Rainey in the fifth inning.

“We haven’t really seen pitching like that (this season),” Jenkins said. “We’ve adjusted to pitching pretty well this year. Gotten beat a few games here and there by pitching but usually once we get runners on we usually can capitalize on it, do things but (Wilkinson) got herself out of it.”