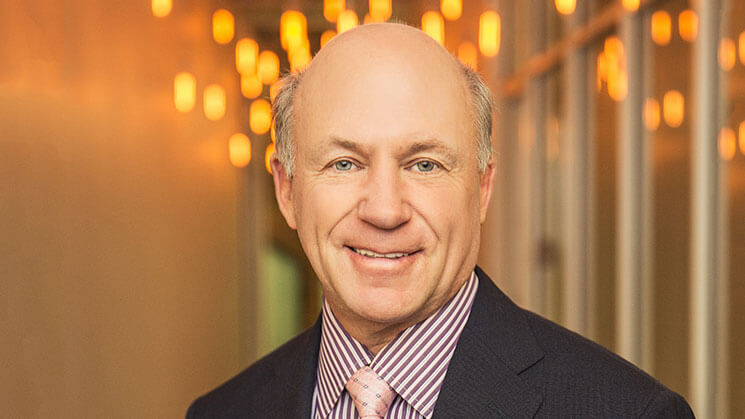 Dan Cathy, Chairman and CEO of Chick-fil-A, will be making his rounds in Oxford this Friday, participating in leadership events for the business community and the University of Mississippi.

Dan’s career began at age nine when he sang songs for customers and performed radio commercials for the chain’s original Dwarf House restaurant in Haperville, Ga. He was named Chairman and CEO in 2013, after serving as president and chief operating officer since 2001.

Pam Swain, Senior Vice President of the Oxford-Lafayette Chamber of Commerce, said she hopes Cathy’s visit to Oxford will resonate with business leaders in the community.

“We are so excited to have a speaker of [Cathy’s] influence and caliber to share his knowledge and leadership with our community,” Swain said. “Oxford’s business community is filled with family owned businesses, and having the opportunity to come and hear from someone with such a success story will be an inspiration for them all.”

First up for Cathy’s visit is a keynote address at the annual LOU Lead Talks event, sponsored by the Oxford-Lafayette Chamber of Commerce. LOU Lead Talks are a partnership with Ole Miss landscaping director Jeff McManus, financial advisor Mark Hartnett and Lance Reed, owner of Chick-fil-A in Oxford.

During the talk, Cathy will speak with local business leaders about his professional experience, as well as providing tips and tricks to improve the way local businesses run.

Having Cathy address the community is something Reed said will be beneficial to the entire community.

“What we’re trying to do is host leadership workshops for business leaders in the community,” Reed said. “Dan is an encouraging person. I hope the people who attend will leave feeling inspired.”

LOU Lead Talks will be held at 9 a.m. at the Jackson Avenue Center, in auditorium A, and will include a complimentary Chick-fil-A breakfast.

After LOU Lead Talks, Cathy will head to the Pavilion for a Leadership Lunch, presented in part by the school of business, Meek School of Journalism and New Media, the hospitality management program and Ole Miss Athletics.

The lunch will be less formal than LOU Lead Talks, and set up as a “fireside chat.” Cathy will speak with students and members of the public about his personal journey as heir to the Chick-fil-A enterprise, and the lessons he’s learned along the way.

Ole Miss graduate and Chick-fil-A Director of Corporate Communications Reade Tidwell will be there as well, moderating a question-and-answer session with Cathy and the audience.

Dr. Chip Wade, assistant professor of finance at Ole Miss, was instrumental in arranging Cathy’s talk at the university. Wade said he hopes students in attendance, especially those who are nearing graduation, will have the opportunity to see real-world applications of their various fields of study.

“We want to give the students a look at a successful business, successful CEO and take away some of the lessons that he learned and apply that to what they’re about to get into when they enter the workforce,” Wade said. “Mr. Cathy wants to really talk to the students about his journey and the family’s journey with Chick-fil-A.”

The Leadership Lunch will be held at 11 a.m. this Friday at the Pavilion at Ole Miss. It is free and open to the public.