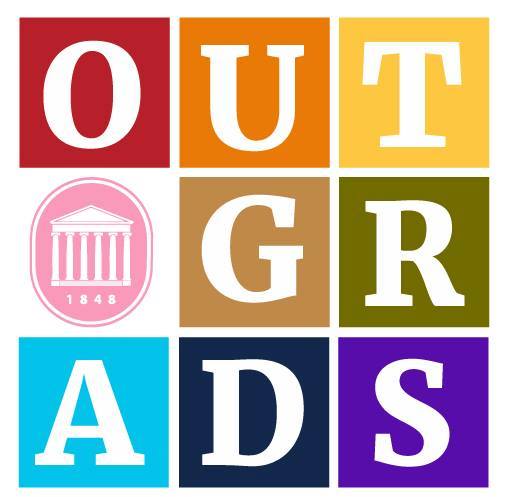 As the last couple of bands take the stage Saturday during the Double Decker Arts Festival, another celebration will just be kicking off a few blocks away.
The LOU Pride Collective Gayla will be held starting at 8 p.m. Saturday at the Powerhouse.
Queer People of Color, UM Pride Network and OUTGrads are sponsoring the event that will honor and award several individuals who are working to create inclusive communities for the LGBTIA+ people of Oxford and the state of Mississippi.
The event starts with a cocktail hour and Cathead Distillery is donating a signature cocktail that will be complimentary while supplies last. The awards ceremony starts at 9 p.m. Followed by a dance party until midnight.
The suggested dress is formal. Tickets are $8 online, $10 at the door, and there will be a cash bar on site.
OUTGrads president Sarah Heying said the awards focus on people who have “created spaces, dialogue, visibility and opportunities” for the LGBTQIA+ community.
The three award categories are Education, Activism and the Arts.
Receiving the Education Award will be Jessie Wilkerson, a University of Mississippi history professor who worked with students and the community to collect local oral histories and established the LGBTQIA+ archives at the university.
The Activism Award is going to Bailey McDaniel and Emily Turner, the organizers Starkville Pride and the Arts Award is going to Julian Randall for his poetry.
This is the first year for the event. Heying said the committee chose to hold it on Double Decker Arts Festival because of what the weekend means to Oxford.
“Double Decker is an event that brings the community together, so we want to add to that conversation,” she said. “Plus, the dance party will be going after the festival ends.”
Heying said she hopes the “Gayla” becomes an annual event to recognize the people who work hard to create inclusive communities for LGBTIA+ people in a state whose government actively works against them, she said.
“Building a truly inclusive community can be arduous, thankless work, so we want to make sure we recognize the people who are putting in the effort – and have some fun while doing it,” she said.
OUTGrads is an organization for LGBTQIA+ graduate and professional students at the University of Mississippi. UM Pride Network and Queer People Color represent undergraduate students.
“We’re really thankful for the generosity of community organizations and businesses who have supported this event. The Powerhouse has donated space, staff, decorations, and security, Cathead is donating a bartender and a complimentary drink, and The New Oxford Canteen, The Blind Pig, The Tarasque, Snackbar, Heartbreak Coffee, and Square Books have all sponsored prizes for our award recipients,” Heying said. “It’s incredibly powerful to see this many businesses take a public stance on inclusion.”

The first year for a new teacher can be as much as of a learning experience for the teacher as... read more