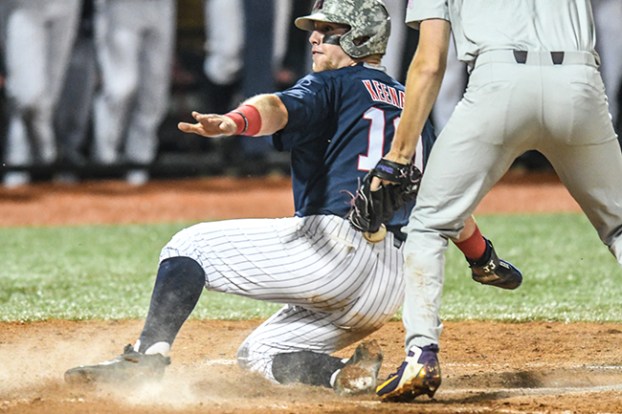 These baseball Rebels have something special

There’s something different about this Ole Miss baseball team.

We’ve had winners in recent years, including one that finished third place in the College World Series, and we’ve become accustomed to NCAA Tournament appearances, often being good enough to host a regional.

But this time, it’s different. These Rebels have more depth and are more fully rounded in skills. Baseball is a difficult game, but winning is easier with hitting, pitching, fielding, and coaching.

Head coach Mike Bianco is a winner, and it’s just a matter of time before he claims his first national championship. He gets heat from some fans, of course, despite incredible success over 18 seasons in Oxford because that’s coaching, and that’s baseball.

Maybe that’s why someone whispered to me over lunch before the season that if Mike Bianco didn’t get it done this year maybe he should go.

Maybe that’s why I quickly lost my appetite.

Bianco is a winner, on the field and off. He can recruit, and he can coach.

And, he’s this close to winning a national championship.

Best it happens here. We’re due for one at Ole Miss.

That’s not putting pressure on this year’s Rebels, though they have the makings of a team that can make a run. Those close losses at Mississippi State and Vanderbilt may scare the faint-hearted, but if one looks closer, they will see a team that never quit, was battling to the end, and will ultimately get the best of those teams should they play again later this season.

It’s tough on the road in SEC baseball, a league in which 11 teams may be among the best 20 in the nation if they didn’t have to beat themselves up in conference play.

Another difference for the Rebels this year may be that they are winning enough to be in contention for a national seed in the NCAA Tournament. That’s a factor that has helped propel teams like LSU to multiple berths in the College World Series because a national seed means you are guaranteed a home field advantage all the way to Omaha.

Consider that this Rebel team wins 9 of every 10 games at Swayze Field.

For Oxford residents, there’s even more to this team of baseball destiny, considering several star players graduated from Oxford High School. Thomas Dillard, our hard-hitting left fielder, is having an All-American year at the plate and on base. Grae Kessinger may be the best fielding shortstop Ole Miss has ever had.

What’s saying more, though, is they are also good men, worthy representatives of Ole Miss.

It’s a tone set by Bianco, the coach who has never put winning above character. Someone close to the baseball program told me once that Bianco would already have a national championship if he wasn’t so bent on doing it right.

He plays by the rules and expects Rebel players to play by his rules.

It’s been a winning formula over the years, a big reason Ole Miss is No. 2 in the nation in attendance. We have a great venue and are historically competitive.

This year, though, there’s something different about these Rebels.

There’s a lot of baseball remaining, of course. It also takes some good fortune to get to the College World Series, much less win it all.

But it sure is enjoyable watching this Ole Miss team give it a shot.

David Magee is the author of a dozen books including “The Education of Mr. Mayfield: An Unusual Story of Social Change at Ole Miss.”