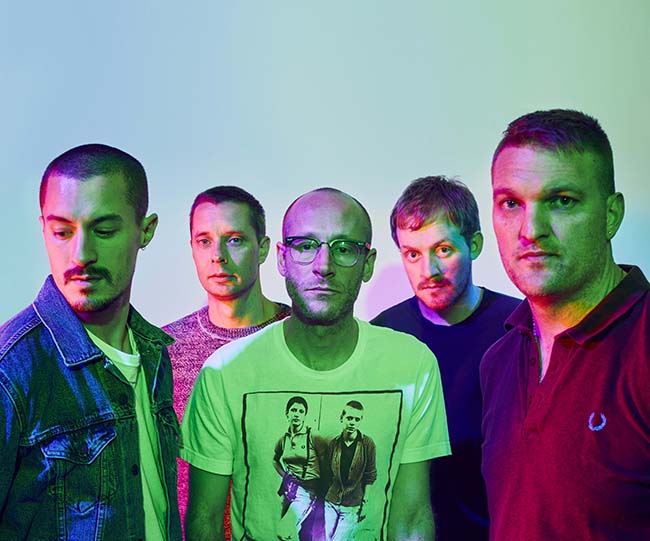 The Los Angeles-based rockers will be playing songs from their sixth studio album LA Divine, an ode to the City of Angels and “all its strange glory.”

“From the start of the band, our tastes have always been very backward-looking in terms of the tones and sounds and instrumentation we’re working with,” frontman, guitarist and pianist Nathan Willett said in a recent news release. “On this album we wanted to embrace something more modern, because in many ways the most creative sounds happening right now are coming from the world of pop and out of that influence we’ve ironically created what sounds like our most rock record yet.”

“Love is Mystical,” the anthemic lead single from LA Divine, and “So Tied Up,” a stomping, gospel-inspired number featuring Scottish songstress Bishop Briggs, have also seen radio play in recent months, and are sure to be staples during this weekend’s performance.

The bandmates cite Frank Ocean’s Blonde, Florence & The Machine and Alabama Shakes as inspirations, and their new album captures the post-punk style for which they’re best known.

“So many songs are about new love or about breakups, but I wanted to go deeper than that for this record,” Willett said in a recent news release. “We’re older now and we have more life experience, and it felt right to have these songs about the beauty and the ugliness that comes with long-term relationships.”

To date, Cold War Kids have sold more than 800,000 adjusted albums, over 2 million singles and over 200 million streams online.

Cold War Kids are scheduled to play the Double Decker main stage on Saturday night from 8:30 to 10 p.m.

How to navigate the 2018 Double Decker Arts Festival…