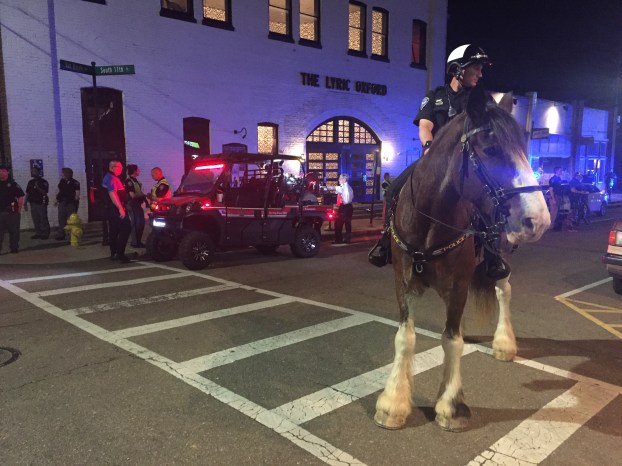 OPD investigating shooting at the Lyric

Few details are known about an apparent shooting that took place just before 10 p.m. inside The Lyric Oxford on the Square.

OPD announced at 10:05 p.m. that there was one known victim with a non-life threatening wound. 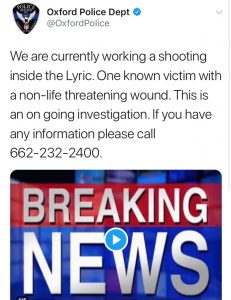 The Lyric Oxford was hosting the Shoot Your Shot Jersey Party tonight. The doors opened at 9 p.m. with the event slated to begin at 10 p.m.

“It was just a regular party, a jersey party,” Tasia Dome, a party attendee said. “But it was a group, like two groups of people that were fighting and one person got shot. I don’t know who he shot, but he shot somebody. We just ran out into the street.”

Pieces of glass were broken out of the front door of the Lyric and partitions on the sidewalk had fallen over as OPD worked the scene.

The shooting comes on one of Oxford’s busiest weekends of the year as the 2018 Double Decker Arts Festival kicked off this morning and will continue through 10 p.m. tomorrow night.

A few new businesses have popped up on the Square since Double Decker last year, including Tres Belle, I Just... read more