Area teams have strong showings at North Half track meets 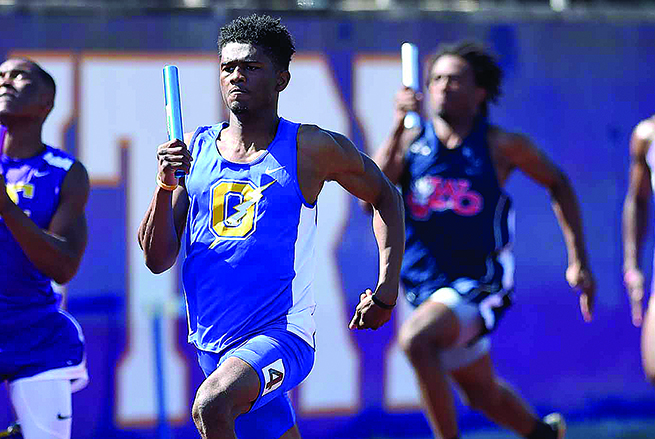 The track season is nearly complete and area teams learned who they will be sending to the state championships this weekend at Pearl after competing in their respective North Half championships meets on Saturday.

For Oxford and Lafayette it is about trying to find their footing in a new classification and for Water Valley it is about growing a program in Class 3A.

With the move to Class 6A Oxford did not host their North Half meet, instead having to travel to Madison where Madison Central was the host this year.

The Chargers got a good idea of who will be their competition in this Friday’s 6A state meet and if they can try for a third straight sweep their first year in the top classification.

The defending 6A champions in Clinton came away with a sweep of their own in Saturday’s meet. The boys team won with 142.5 points, Oxford finished second with 127.5 and as the only other team to score more than 99 points. The Clinton girls won with 176 points and the Lady Chargers finished fourth with 72.5

The top four finishers in each event qualify for this weekend’s state championships. Oxford had 19 athletes and relay teams advance with seven from the girls’ team and 12 from the boys.

Rock also qualified in the 800 meter run with a fourth place finish.

Kayla Johnson placed fourth in the high jump with an attempt of four feet-10 inches to move on to Friday’s state meet. In the pole vault Elizabeth Duperier placed third with a vault of eight feet-six inches.

Clay Cromwell placed second in the 300 meter hurdles with a season’s best time of 40.75 seconds.

Lafayette
The Commodores competed in their first ever Class 5A North Half meet held at Center Hill High School on Saturday.

Lafayette had 14 athletes and relay teams qualify and advance to this Saturday’s Class 5A state meet.

The girls’ team had eight qualifiers and three first-place finishes.

Xhiir Burgess qualified in the 400 meter dash with second place finish (1:00.81) and in the triple jump with a runner-up finish after an attempt of 35-3.

The boys team had two first place finishes among their six qualifiers for state.

Cole Fortner finished runner-up in the pole vault with an attempt of 10-6.

Water Valley
The Blue Devils also competed at Center Hill in the Class 3A North Half meet and had five athletes qualify in eight events for Saturday’s state meet.

Beyonce Shaw placed fourth in the long jump with a season’s best attempt of 14-3.25.

On the boys’ side Water Valley had three athletes qualify for state.

Marley Cook had a season’s best attempt in the shot put of 43-2.25 for a runner-up finish.

The MHSAA State Championship meets will take place all day on Friday and Saturday at the Woody Barnett Track & Field Complex on the campus of Pearl High School.