Oxford gains new restaurant chains while one moves across town 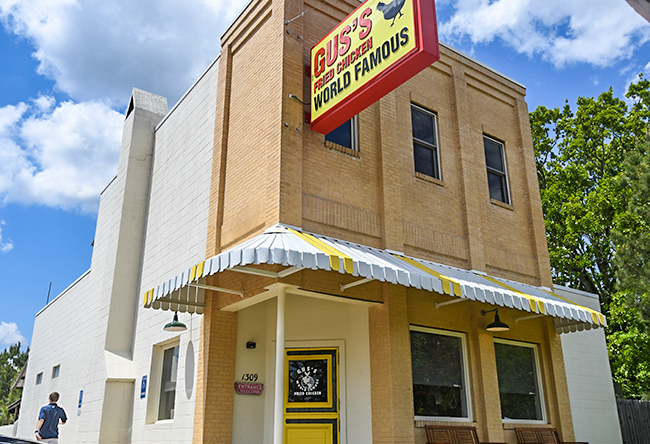 The restaurant, known for it’s fried chicken, opened in Oxford four years ago on South Lamar Boulevard, just off the downtown Square. While business was good, the owners felt it was time to move off the Square and to the other side of town to provide more parking for their customers.

The business opened  two weeks ago at their new location on North Lamar Boulevard in the former Lamar Lounge building,

Lockwood Griffin, who owns the Oxford location, said the response has been “fantastic.”

“We have a lot more locals coming in who haven’t visited prior because they avoid the Square,” Griffin said.

Griffin lived in Oxford while attending the University of Mississippi. He graduated in 2003 and currently resides in Memphis.

Across town on West Jackson Avenue, two other chain restaurants have joined Oxford’s long list of places to eat.

Arby’s opened April 19 in the renovated building that used to house Backyard Burgers.

McLane moved to Oxford in 2011 to run Backyard Burger.

“I started in this building, and I’m still here,” McLane said.

Arby’s employs about 50 people at the Oxford location.

“We chose Oxford because it’s something different for Oxford,” McLane said. “It’s a good value for your money and Arby’s offers a good product.”

McLane said the fast-food restaurant has seen nonstop business since they opened their doors.

“This place has been wide open,” he said.

This summer, Oxford residents and visitors will have another breakfast option when Brick and Spoon opens in Highland Court.

The business began in 2013 in Lafayette, Louisiana, and the regional chain serves, “a high-quality southern experience for those who want accessible and upscale breakfast, brunch and lunch dining,” it’s website states.

Franchise owners Darren and Kayla Stafford are also opening a second location in Tupelo. The two are partners in an industrial machinery manufacturing business in Shannon, Lauderdale-Hamilton Inc., where Darren is the engineer in operation.

“We look forward to introducing both cities to a unique and high-quality breakfast and brunch experience unlike anything before,” Darren Stafford said. “Best yet, you can start off  with a mimosa or our signature ‘build your own Bloody Mary.’”

Stafford said he plans to also open Bricks and Spoons in Southaven and Starkville in 2019.