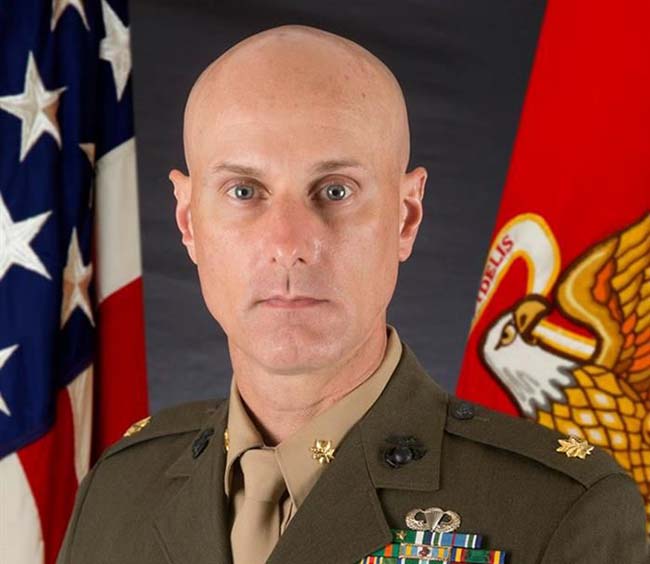 Student members of the Oxford High School Junior Resource Officer Training Corps program were honored at a ceremony Wednesday night, but it was their instructor who got a special surprise.

JROTC Cadet Instructor Major Brent Hampton was chosen by the Veterans of Foreign Wars Department of Mississippi as the 2018 recipient of the Mississippi Education Teacher of the Year Award. Both Hampton and students were caught off guard by the unexpected award.

“I feel very humbled,” Hampton said. “I am supposed to give the kids the awards, and it just makes me feel funny.”

Hampton was selected for the award from entries submitted by VFW posts across the state. As the winner of the state award, Hampton will get the chance to compete for the national title.

“He’s the heart of the program,” Lawson Brine, a sophomore serving as First Lieutenant Commanding Officer, said. “Everything JROTC stands for comes from him. He deserves this award more than anyone.”

During the ceremony, students were given awards for their achievements in the JROTC program this past semester.

“The ROTC is something the VFW coordinates with schools to promote citizenship, leadership and discipline,” Gail Wilson, 10th District Quartermaster, said. “It lets students get better prepared for their future, college and their outside life.”

One such student award at this year’s ceremony was senior Daryle Fogerty. Fogerty plans to attend Mississippi University for Women after graduating and later join the military.

“I feel it ( JROTC) really has helped me step out of my bubble,” Fogerty said. “In middle school, I was a  stand-alone person, but this has taught me how to get myself out there.”

Another surprise award went to booster parent, Lea Fyfe, who received a large picture frame with photos from all of the JROTC events. Fyfe was one of six parents honored.

“These kids and this program mean more to me that they could ever know,” Fyfe said. “I am honored and blessed to be apart of this program.”

After the event, students, parents and special guests mingled in the area outside the library.

“I really enjoyed it,” Destiny Malone, a junior serving as a Gunnery Sergeant, said. “I think it went very smoothly.”

While the program only has one event left this semester — a ceremony for graduating members.  Students who are interested in joining the program next semester should contact Hampton for more info.

“We have a great bunch of cadets this year,” Hampton said. “We are about building leaders in the community, not recruiting them into the military.”