Pilot pleads guilty to operating, training without a valid license 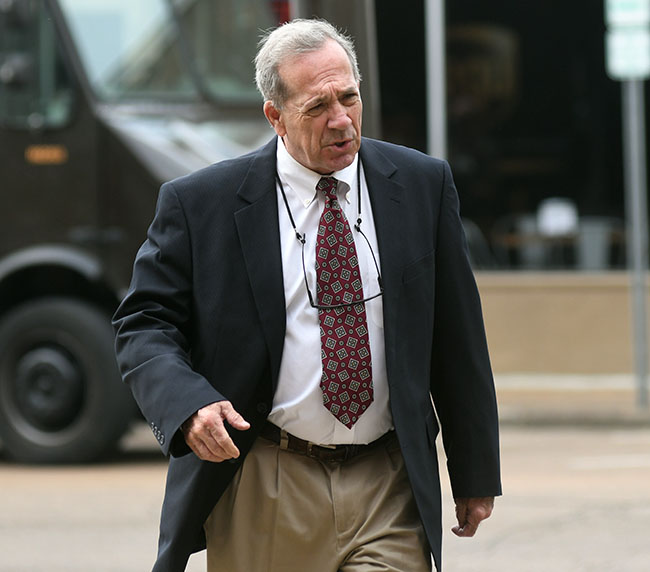 Charles Phillips walks into federal court in Oxford, Miss. on Friday, May 4, 2018.

A former pilot pleaded guilty to two of 60 original charges on an indictment filed in December 2017 for illegally conducting flights for hire and providing flight instruction without a valid airman’s certificate.

The original indictment charged Phillips with 60 counts of flying or instructing without a license. For agreeing to plead guilty and avoid a lengthy trial, prosecutors decided to drop 58 of the counts and proceed with prosecution on just the two counts.

The first count says Phillips operated an aircraft for several commercial flights for Oxford Town Properties, knowing his certification was not renewed.

Standing next to his attorney, public defender Michael Scott Dennis, Phillips admitted the charges against him and entered his guilty plea saying he was pleading guilty because “he was, in fact, guilty of the charges.”

The U.S. Probation Department will conduct a presentencing report that Davidson said he would consider before passing Phillips’ sentence, along with the Mississippi sentencing guidelines. Davidson scheduled a sentencing hearing for 10 a.m., Aug. 2, at the Oxford Federal Courthouse.

One of the charges in the original indictment accused Phillips of providing false statements and documentation to FAA and NTSB about Farese, who was piloting an aircraft that was involved in a fatal crash in Aug 2016 that claimed the lives of six Oxford residents.

That charge was dropped as part of the plea agreement.

Drs. Jason and Lea Farese, Dr. Michael and Kim Perry and Dr. Austin and Angie Poole were killed Aug. 14, 2016, when the plane they were traveling in crashed in Northport, Alabama.

The NTSB recently released the factual report; however, the final report that is expected to list the probable cause of the crash is not due to be released for another two to four weeks.

In the factual report, it states Phillips had accompanied Farese on several other flights but did not “provide the pilot with any multi-engine training.” However, according to the original indictment, Phillips did provide training during the flights, knowing he did not have a valid certificate to do so.

According to the report, Farese had 749 hours total flight time and only 48.7 hours flying the model he operated on the day of the crash, including the 2.9 hours he spent with Phillips on March 17, 2016.