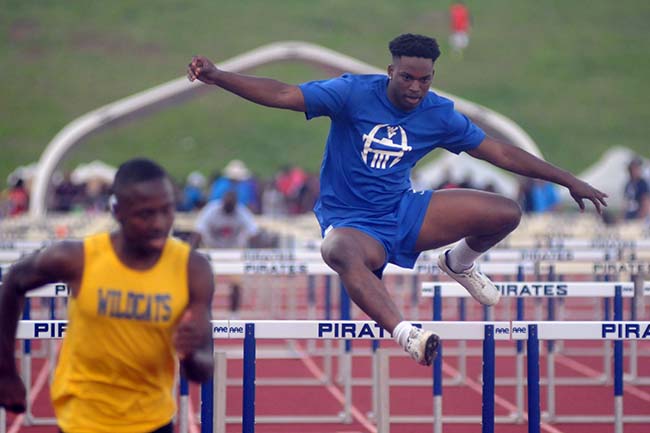 PEARL — With five athletes qualifying for the state meet Water Valley managed to come away with a pair of Top-15 finishes in the MHSAA Class 3A state track & field championships at the Woody Barnett Track & Field Complex on Saturday.

The girl’s team finished 13th with 15 points and St. Andrew’s won their seventh state title — their second Class 3A title in the past four years.

It was an impressive finish for the Lady Devils who had two athletes competing.

Beyonce Shaw competed in the girl’s long jump and came away with a seventh place finish with a jump of 13 feet, six inches.

The boy’s team had three athletes competing and finished 15th with 11 points. Tylertown earned their seventh Class 3A title, and fifth in a row, with 130 points.

Marley Cook competed in the boy’s shot put, finishing fifth with an attempt of 43-06.

Bailey Devontrae placed eighth in the boy’s 110 meter hurdles with a time of 17.10.