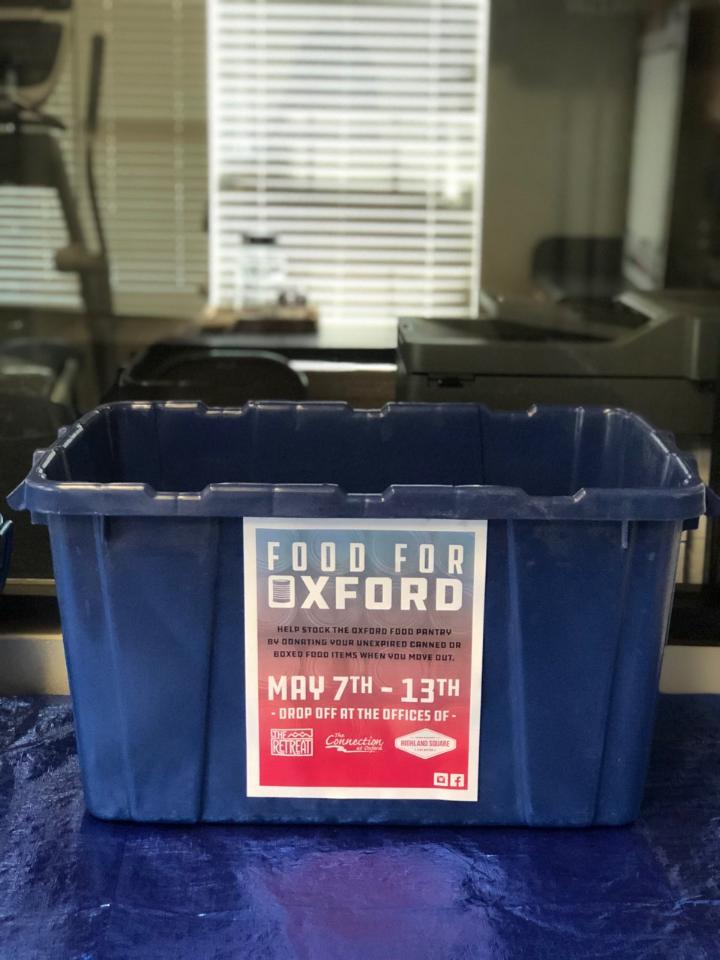 Julie LaBerge has called Oxford home for six years while attending Ole Miss and now before she returns home to Georgia, she wants to leave the LOU community better than when she moved here to start her college career.

LaBerge, who is receiving her master’s degree in integrated marketing communications Saturday, lived at the Retreat student living development in her junior year.

Without knowing where to bring the food, she wound up throwing it away.

“That stuck in the back of my head for a long time,” LaBerge said.

Since then, she’s volunteered at the Empty Bowls fundraiser for The Pantry, and she learned there is always a “drought” of food donations during the summer months.

“I thought that’s just perfect,” she said. “The students are leaving, and so much food gets thrown away. I’ve seen Dumpsters with boxes of canned food.”

The bins will remain until Sunday, the day after graduation, and then be picked up and delivered to The Pantry.

“I learned more about Oxford this year than the past five years as I became more involved in the community,” she said. “I feel like students don’t get used as a resource enough. They come here, and it’s their home for four or more years and I think more would be willing to pitch in and help if given the opportunity.”

According to Feeding America’s food insecurity map, in 2016, Lafayette County had 9,850 food insecure people, which is 18.9 percent of the county’s population.

“She has a very big heart for those in need and has made a positive impact on our town,” Thomas said. “We already have plans to continue this food drive annually so even though Julie may be leaving Ole Miss and Oxford, she leaves a tremendous legacy.”