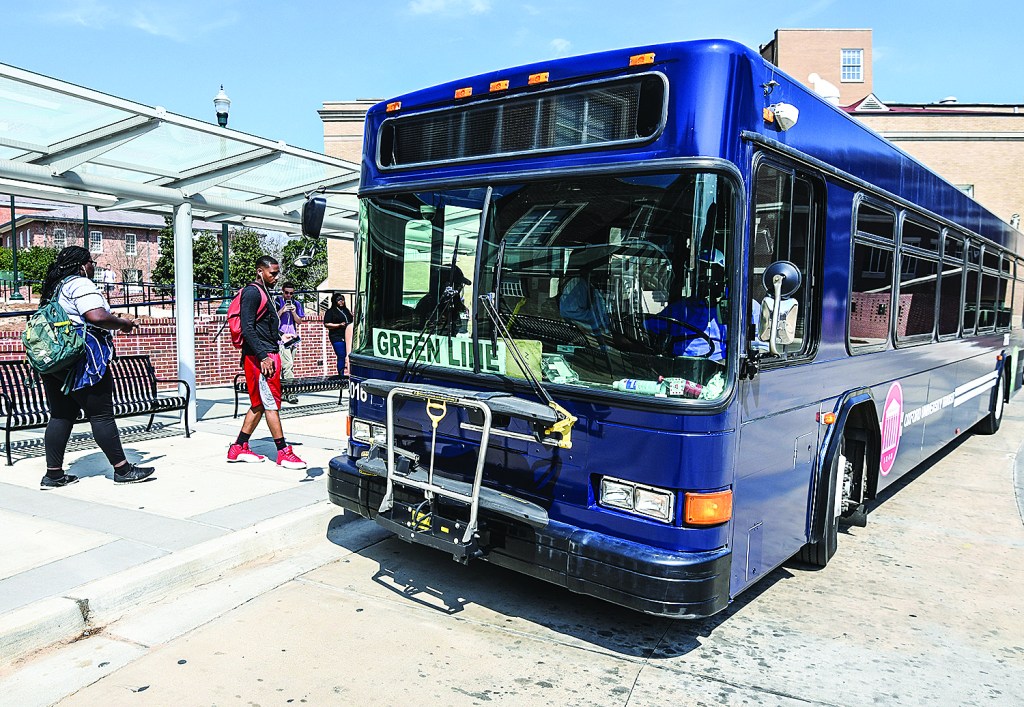 As the 2017-2018 school year winds down this weekend with the end of final exams Friday and the University of Mississippi Commencement Ceremonies on Saturday, Oxford University Transit will also be taking a small break with shorter hours and fewer buses on the road during the summer months.

The Purple Line will run once every hour from 9 a.m. to 5 p.m. on Saturdays only.

The University of Mississippi’s park-and-ride routes — Gold, Brown, Orange, Lyceum and the Silver line — will not run during Summer Break.

OUT’s late night Safe Ride route will run this weekend and then stop until Aug. 13.

All routes will return to their regular schedule on Aug. 13 when Ole Miss classes start back up for the fall.

OUT Manager Ron Biggs said in the past, OUT has lost several drivers during the slower summer months since the number of buses running daily drops from 22 to nine. Those drivers sometimes find new jobs and don’t return in the fall.

“We are trying something new this year to keep our drivers working,” Biggs said. “We will be having them doing some work around the bus station, like painting and other projects, so we don’t lose anyone.”