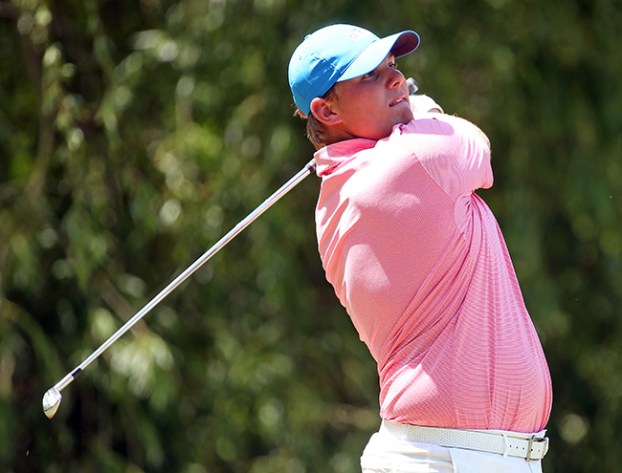 The postseason is becoming very familiar to the Ole Miss men’s golf team.

For the third time in the past four seasons the Rebels are still playing in mid May, earning a berth in the Bryan Regional to compete against 12 other teams. The regional began this morning and will run through Wednesday.

It is the 11th time in program history the Rebels are playing in a NCAA Regional Championship. The top six teams in this week’s regional will advance to the NCAA Championship to be held later this month in Stillwater, Oklahoma.

Reigning NCAA champion Braden Thornberry will be joined by teammates Beau Briggs, Josh Seiple, Kerry Sweeney and Cecil Wegner. It is the third straight tournament, including the SEC Championship, with this lineup for the Rebels.

The championship is being played at the Traditions Club, the home course for the Aggies.

“I think (the course) will suit us well from everything I’m hearing,” Ole Miss coach Chris Malloy said. “I’ve heard it’s a hard golf course. A lot of it’s dictated by the wind.”

This week begins Thornberry’s quest for a second consecutive national championship after claiming the first individual golf national title in school history last year. The No. 1 ranked amateur in the world is coming off an April where he played in four tournaments with one of them being the Web.com Tour’s North Mississippi Classic in Oxford. Thornberry is also a finalist for the Ben Hogan Award, the first Hogan Award finalist in school history. He is also a semifinalist for the Jack Nicklaus Award and is once again on the Fred Haskins Award Watch List. Thornberry won the Haskins Award last June.

“I’ve kind of gotten used to being (the hunted),” Thornberry said. “Every tournament we’ve played this year I’ve kind of been the one to beat. I’ve used as motivation more than anything. Everybody’s kind of got their eyes on me when I step up on the first tee. Just try to manage that as best I can.”

Along with Thornberry the freshman Wegner is also on the radar as one to play a key role for the Rebels. Wegner is coming off a runner-up finish for the individual SEC Championship, losing in a playoff and setting a career-best finish. He is also the only three-time SEC Freshman of the Week in school history.

“We had high hopes for Cecil from the moment he came in here,” Malloy said. “We knew it would be a learning process. We knew he had the physical tools, he’s just learned to not be so hard on himself. We knew the time would come. …he’s done a tremendous job this entire Spring.”

‘The Kraken’ will be released once again. This time inside the octogon. It was announced on Sunday that former Ole... read more