Oxford’s growth a blueprint for success 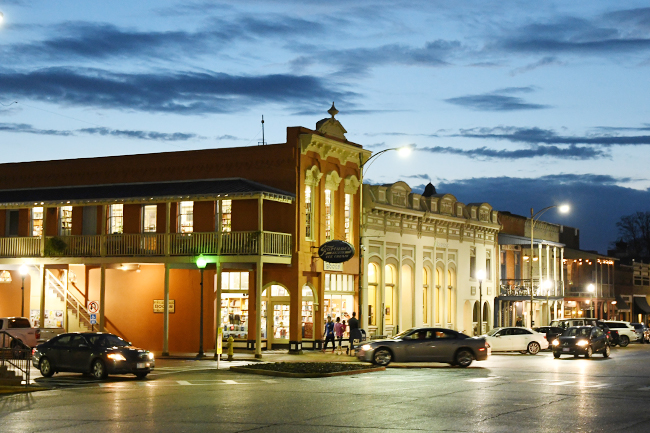 Oxford is a success story, according to a new study recently released by the Walton Family Foundation.

The research was done by Ross DeVol, a fellow at the Walton Family Foundation, as part of a one-year tenure at the foundation.

“This is a great description of what we are doing here in Oxford,” said Jon Maynard, CEO and president of the Oxford-Lafayette Chamber of Commerce and Economic Development Foundation. “It is from a disinterested, third-party organization so the information is as unbiased and pure as it can be.  People are starting to notice the great things that are happening in Oxford.”

Oxford’s economic growth and overall performance were noted in the study as being significant. From 2011 to 2016, job growth averaged 4.4 percent and wage gains averaged 6.2 percent. The national grown percentages for the same period are 1.7 percent for job growth and 4.1 percent for wage growth.

Reports from the U.S. Department of Commerce and the Bureau of Economic Analysis indicate Oxford’s population increased 122 percent and employment rose from 9,292 to 33,875 (a 265 percent gain) from 1970 to 2016. Oxford also experienced personal income growth from $366.7 million to $2,034.8 million (a 455 percent increase), compared to a gain of 201.2 percent for the U.S. overall, during the same period. More recently, the relative performance for personal income saw a 52.6 percentage change from 2000 to 2016, with the U.S. benchmark at only 32.2 percent, according to the report.

The study credits the University of Mississippi for helping to grow high-tech businesses in Oxford, mentioning the success of FNC Inc, which was bought by CoreLogic for $475 million in 2016 and Next Gear Solutions.

According to the study, Lafayette County is one of a few micropolitan areas in the nation which created more manufacturing jobs than were lost during the Great Recession. Manufacturing employment stood at 2,019 in 2016, up from 1,774 in 2007. Major employers include Olin Corporation-Winchester Division, which manufactures ammunition and specialized gun parts and SMW Manufacturing, which creates components for heavy trucks, cars, mining and construction. SMW manufacturing purchased Caterpillar’s former plant in 2017.

Also mentioned in the study is the contributions of Baptist Memorial Hospital-North Mississippi and its investment to economic growth with the construction of its new $300 million regional facility, and the importance of entrepreneurs and the growth of small businesses, like Karen Kurr’s No Time 2 Cook, who started her business in 2005 from her home, creating frozen premade meal. Today, she sells her product to more than 200 Krogers and 250 Walmarts.

Oxford Mayor Robyn Tannehill said she was thrilled with the Walton Foundation report, albeit not overly surprised.

“We know what an incredible jewel our community is, but it is always rewarding when others recognize this,” she said recently. “For many years, city, county and university leaders have been focused on growing our community in thoughtful and innovative ways. Our city, county and university share a unique relationship and work together to create an environment that allows businesses to thrive and visitors and families to enjoy a quality of life second to none. Our Economic Development Foundation has done a great job telling our story.”