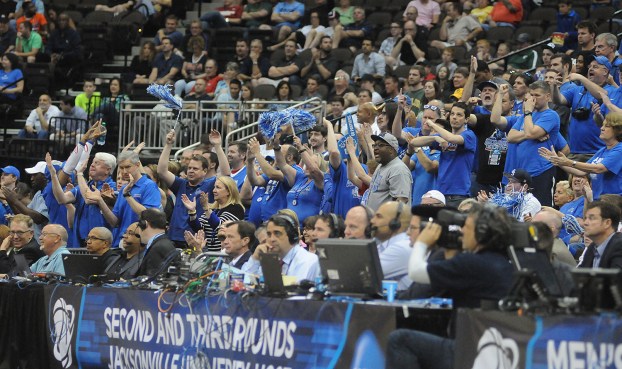 The United States Supreme Court on Monday reversed a federal law that prohibits sports betting in most states, giving states the green light to gamble on football, basketball, baseball and other sports.

The Supreme Court ruled 6-3 to strike down the Professional and Amateur Sports Protection Act, a law passed in 1992 that prohibited legalized sports gambling in all but a handful of states, including Nevada. One research firm estimated before the Court’s ruling that striking down the law would result in 32 states offering sports betting within five years, according to the Associated Press.

“The legalization of sports gambling requires an important policy choice, but the choice is not ours to make,” Justice Samuel Alito wrote as part of the ruling, which was in response to a case in which New Jersey challenged the federal law prohibiting sports betting at its casinos and racetracks. “Congress can regulate sports gambling directly, but if it elects not to do so, each state is free to act on its own. Our job is to interpret the law Congress has enacted and decide whether it is consistent with the Constitution. PASPA is not.”

Mississippi could be one of the first states to take action in trying to capitalize on what the American Gaming Association estimates to be a $150 billion illegal sports betting market annually.

One of five states to support New Jersey in asking the Supreme Court to hear the case, the Mississippi Legislature last year passed House Bill 967, which legalized fantasy sports in the state and opened the door for legal sports betting should the Supreme Court rule the way it did Monday. Sports gambling would only be legal at casinos.

Mississippi has more than 10 casinos scattered in cities throughout the state, including Tunica, Biloxi, Vicksburg and Greenville.

The NCAA has long been in opposition of sports betting of any kind and has refused to host championship events, particularly NCAA Tournament basketball games, in Nevada. But NCAA chief legal officer Donald Remy released a statement in response to the Court’s ruling acknowledging college sports’ governing body will review its stance.

“Today the United States Supreme Court issued a clear decision that PASPA is unconstitutional, reversing the lower courts that held otherwise,” the statement read. “While we are still reviewing the decision to understand the overall implications to college sports, we will adjust sports wagering and championship policies to align with the direction from the court.”

The postseason is becoming very familiar to the Ole Miss men’s golf team. For the third time in the past... read more