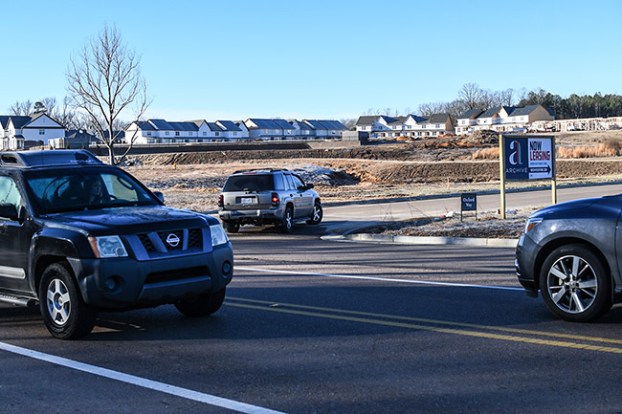 Oxford Way could be complete in coming weeks

Developer Andy Callicutt agreed to extend Oxford Way from South Lamar to Old Taylor Road and build Farm View Drive as part of an agreement with the city to annex the Oxford Farms development about four years ago.

Those roads have been completed to the point that people can now drive on them; however, the final layer of asphalt has not been applied due to more construction going on in the area and the road needing additional time to “settle” before the final lift is put down.

However, Callicutt told the Oxford Board of Aldermen he’s concerned that he and his family are now open to lawsuits and asked the board to allow him to deed the roads over to the city.

When a developer builds roads, generally the city will take the roads and accept maintenance after the final lift of asphalt has been put down or after the road has been opened for three years.

Callicutt expressed concern about the manhole covers sticking up in the middle of the roads since the final layer of asphalt hasn’t been put down.

“If something happened, someone could sue me, my wife, my business and I don’t think I should be in that position,” he said. “We don’t charge for the road. I will continue to finish the road, I’m just asking that the city take over ownership.”

Public Works Director Bart Robinson said Callicutt has put down some additional asphalt around the sewer covers but they still protrude.

“All that could be done has been done to make it as safe as possible,” Robinson said. “But the street is not ready yet for the final asphalt.”

Aldermen Rick Addy suggested allowing Callicutt to put on the final lift of asphalt to make the road safer and then give the city a three-year warranty that he will repair the road as needed to keep it up to city standards.

After the final asphalt is done, Callicutt can then return to the aldermen to request the city takes over ownership of the road and put in place a three-year warranty bond to secure the funds for maintaining and repairing the road.

Plat approval for Pea Ridge subdivision comes with a twist

When the Oxford Planning Commission approved an amended preliminary plat for the Pea Ridge subdivision, it wasn’t because there was... read more