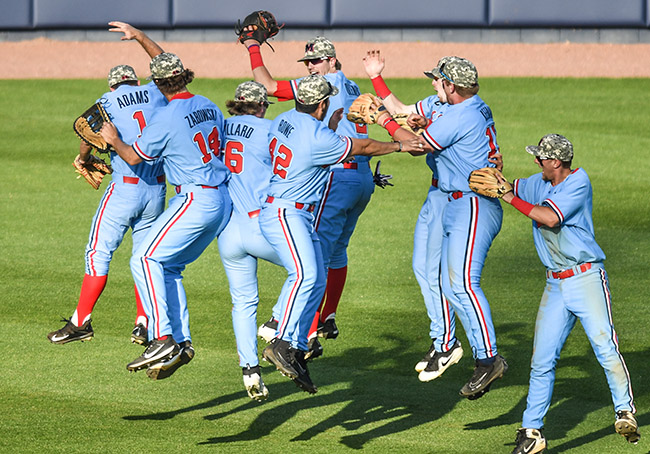 Ole Miss is in line to be a national seed when the NCAA Tournament field is unveiled in less than a week.

Fresh off a series win over Alabama that clinched their first SEC Western Division championship since 2014, the Rebels are a consensus top-8 seed in the latest tournament projections. Baseball America predicts Ole Miss (42-14) as the No. 6 overall seed while D1Baseball.com has the Rebels as the No. 7 seed heading into this week’s conference tournaments.

National seeds would host a super regional if they win their respective regionals.

Ole Miss will open the SEC Tournament in the double-elimination portion of the bracket Wednesday at 1 p.m. against the winner of today’s game between No. 24 Auburn and Kentucky. The Rebels enter the tournament with 18 league wins but may need more one or two more in Hoover to lock it up. Only one SEC team since 2002 has earned a national seed with fewer than 20 league wins counting the conference tournament.

The 16 regional hosts will be announced Sunday at approximately 7:30 p.m. before the rest of the tournament field is unveiled Monday.

With national seed in sight, No. 4 Ole Miss…