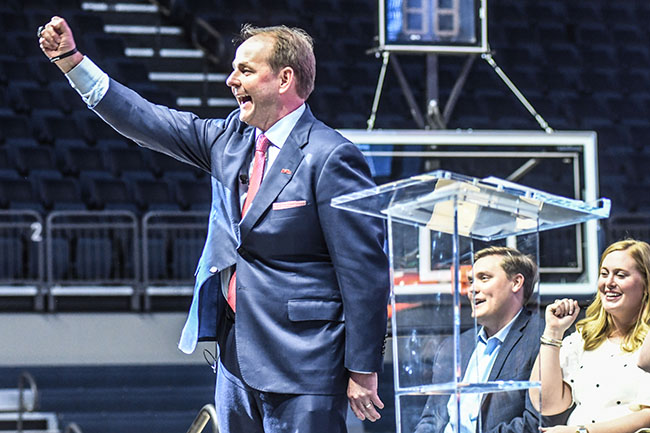 Ole Miss will return to The Pavilion for next season’s SEC-12 Big 12 Challenge.

The Rebels will host Iowa State on Jan. 26, 2019 in what will be just the second-ever meeting between the teams. The matchups were announced by the SEC on Thursday.

It’s the sixth straight year for Ole Miss to participate in the challenge. The Rebels last hosted a challenge game in an overtime loss to Baylor in 2016. Ole Miss lost at Texas last season.

Other non-conference games for Ole Miss next season include a trip to Butler and Emerald Coast Classic matchups against Western Michigan (Nov. 10), Nicholls State (Nov. 20) and Baylor (Nov. 23). Cincinnati and George Mason are also part of the eight-team tournament, which will run through Nov. 24.