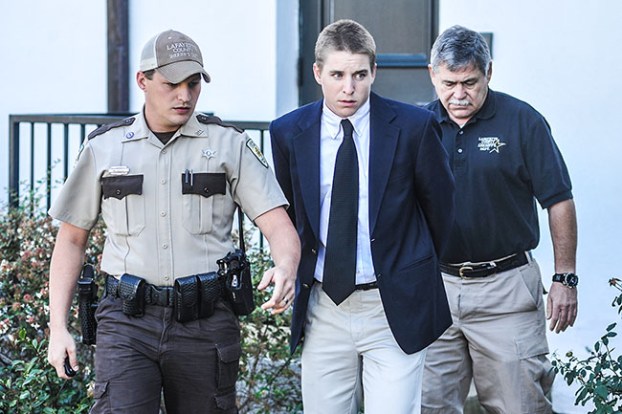 Parents confused, angry by possible early release of the man who killed their children

When Ole Miss students John and Sarah Wheat were killed in October 2012 after their car was hit head-on by a man driving under the influence of drugs, the Oxford community rallied around the family providing support to the grieving family.

Now William and Frances Wheat are asking for help once again after learning the man convicted of their children’s death, John Howard Strickland Jr. might be released from prison after only serving five of the 12 years that he was sentenced to serve in 2013 after pleading guilty to aggravated DUI.

Strickland, who was also enrolled at the University of Mississippi at the time of the crash, was sentenced in September 2013 by Circuit Court Judge Andrew Howorth to 25 years in prison, with 13 years suspended and 12 to serve. His sentence also included substance abuse rehabilitation, restitution for funeral and medical costs and five years of probation.

At the time of the crash, Strickland was under the influence of marijuana, prescription medication and canned air propellant difluoroethane when he crossed a median on Highway 6 and slammed into John and Sarah Wheat’s vehicle. The two were coming home from Tupelo after attending Race for the Cure. He had been convicted of DUI a year prior to the fatal wreck that claimed John and Sarah’s lives; however, Strickland’s attorneys have filed an appeal in that case.

Last week, the Wheats received a message from the Mississippi Department of Corrections Victim Services notifying them that Strickland had been moved and that he could be eligible for the state’s Earned Released Supervision program as early as October. They also learned Strickland could get out earlier depending on “good behavior” between now and October.

According to the MDOC website, Strickland has a tentative release date of July 2020.

“Which is still absurd,” William Wheat told the EAGLE on Sunday. “But how could someone who had already had more than half of his sentence suspended by the judge … be released after serving less than half of the remaining sentence?”

According to the MDOC website, a new law passed in 2014, requires those convicted on or after July 1, 2014, to serve 25 percent of their sentence for nonviolent crimes and 50 percent for violent crimes before being considered for the Earned Release Supervision program. However, Strickland was sentenced in 2013, when prisoners were generally required to serve 85 percent of their sentence, with some leeway provided for good behavior.

A representative for MDOC or Victim’s Services could not be reached for comment.

The Wheats are asking for people to write letters to MDOC expressing their concern over Strickland being considered for early release.

“All people have to do is look around at their own families and think what their lives would be like if they had taken from them two family members in such a horrific manner,” William Wheat said. “Strickland will see his family again. We will never have that chance with John and Sarah.

“How can any justice system rationalize releasing someone who so violently and destructively killed two people back into society with so little a punishment? His spending more time in prison isn’t going to help us heal, but perhaps it will keep him from doing this to another family.”

Frances Wheat said she still cries and prays for her children every morning.

“For eight to 10 hours a day, I can set aside my own persistent sadness and make a difference in the lives of my nursing home patients,” she said. “I want the good citizens of Oxford to know that we appreciate their ever-present love and support … I want everyone to rise up against an acceptable culture of drinking or drugged driving. I would hope they make the elected officials have an improved sense of justice and how it impacts the community.”

Summer vacation is officially underway for the LOU community, and there is no shortage of summer camp options for children... read more