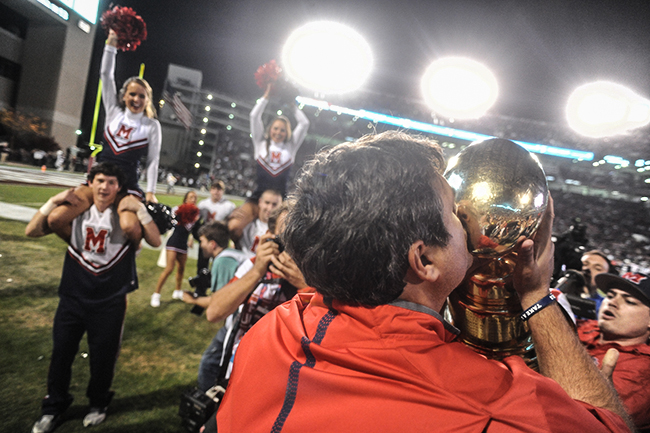 Kickoff times for four Ole Miss football games have been set, including the Egg Bowl.

Ole Miss’ season opener against Texas Tech in Houston on Sept. 1 will kick at 11 a.m. and be carried on ESPN. The Rebels’ home opener against Southern Illinois on Sept. 8 will begin at 3 p.m. on the SEC Network alternate channel.

Ole Miss and Alabama will square off at 6 p.m. on Sept. 15 at Vaught-Hemingway Stadium. The game will be televised on ESPN.

This year’s Egg Bowl will kick at 6:30 p.m. on Thanksgiving (Nov. 22) at Vaught-Hemingway Stadium. The game will also be televised on ESPN. Ole Miss beat Mississippi State 38-27 last season.

A year after taking its lumps, Ole Miss’ sophomore…