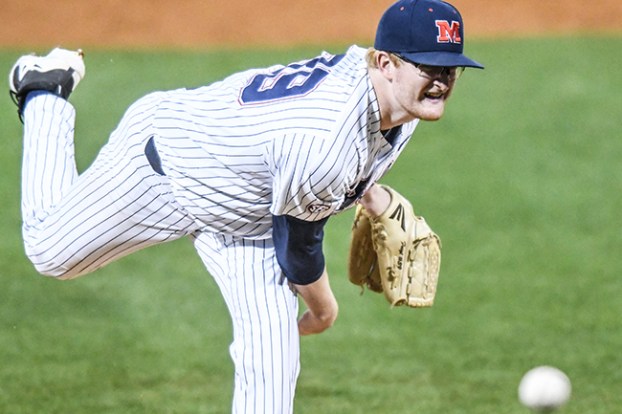 Sunday’s winners’ bracket game between Ole Miss and Tennessee Tech in the Oxford Regional could get offensive inside Oxford-University Stadium.

With their opening-round win over Saint Louis on Saturday night behind them, the Rebels are turning their attention to a Tennessee Tech team equipped with a lineup as dangerous as any in the country. The Golden Eagles lead the nation in average and home runs.

Chase Chambers hit his 16th homer with a solo shot in Tennessee Tech’s 6-1 win over No. 3 seed Missouri State in Saturday’s regional opener, giving the Golden Eagles a whopping 129 home runs on the season.

The matchup will pit two of the nation’s top offenses against each other with Ole Miss boasting an SEC-best .303 average after recording nine more hits against Saint Louis, including five for extra bases. Sunday’s first pitch is set for 4 p.m. with the winner advancing to the regional championship game Monday.

“We expect to see one of the best offenses in the country,” Ole Miss coach Mike Bianco said. “Obviously some crazy offensive numbers not just with the home runs but batting average. Throughout the lineup, it’s a lot like us where it’s not just from a couple of guys. It’s throughout the lineup.”

Brady Feigl (8-5, 3.72 earned run average) will draw the task of trying to slow the Golden Eagles’ offense down. The junior right-hander twirled 6 ⅔ innings of one-run ball his last time out in Ole Miss’ SEC Tournament win over Georgia on May 24 and has yielded just five earned runs in his last 19 ⅔ innings.

“It’s going to take a real good effort on the mound against them,” Bianco said. “They’re a good club.”

Mike Bianco was vocal during the week in his conviction of Saint Louis’ threat as a No. 4 seed given... read more