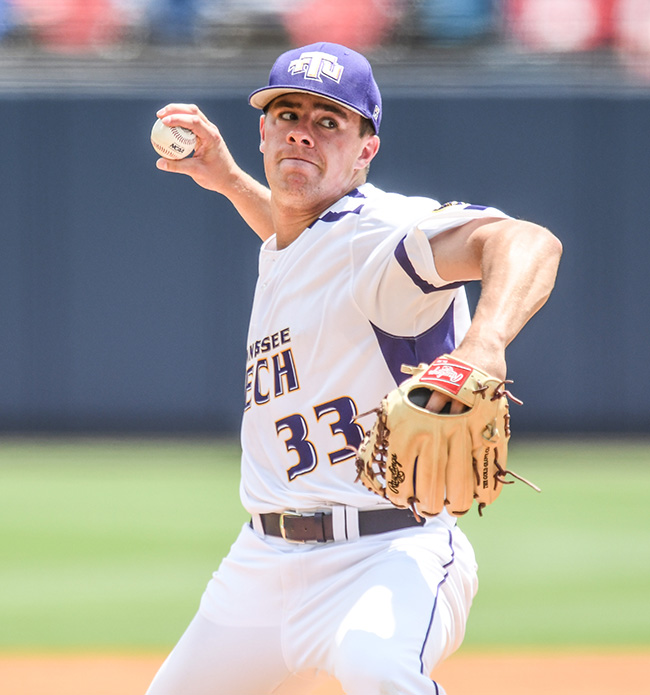 Baseball was finally played and the Oxford Regional got started on Saturday after rain pushed the tournament back a day.

In the first game of the regional Tennessee Tech took advantage of a Missouri State miscue and defeated the Bears 6-4 at Oxford-University Stadium.

With two runs in the second and a run in both the third and fifth innings the Golden Eagles had a 4-0 lead midway through the game.

All of Missouri State’s runs came in the top of the sixth inning and with two outs. Tennessee Tech left fielder Collin Harris turned what was nearly a home run by Bears’ Landan Ruff into a stand up double with a play at the wall. From there Moths became ineffective and the Bears managed to load the bases.

After walking in Missouri State’s first run of the game Moths was replaced by Ethan Roberts who the Bears were able to tie the game off of.

“Travis Moths was rolling through five innings and the Moths just hit a wall at that point (after the double),” Tennessee Tech coach Matt Bragga said. “For our guys to be able to withstand that I think speaks volumes for our guys. We were cruising up 4-0 and then all of a sudden the wheels fall off a little bit.”

A play in the bottom of the eighth inning opened the door for the Golden Eagles. Catcher Brennon Kaleiwahea hit a sacrifice bunt and an error by Bears’ pitcher Jake Fromson when he sailed the throw wide to first baseman Ben Whetstone allowed two runs to come home for the winning margin.

“It was just a tough play but we got to be better at that,” Whetstone said. “We’ve practice that a million times but I think the game sped up on us. We’ve got to make that play.”