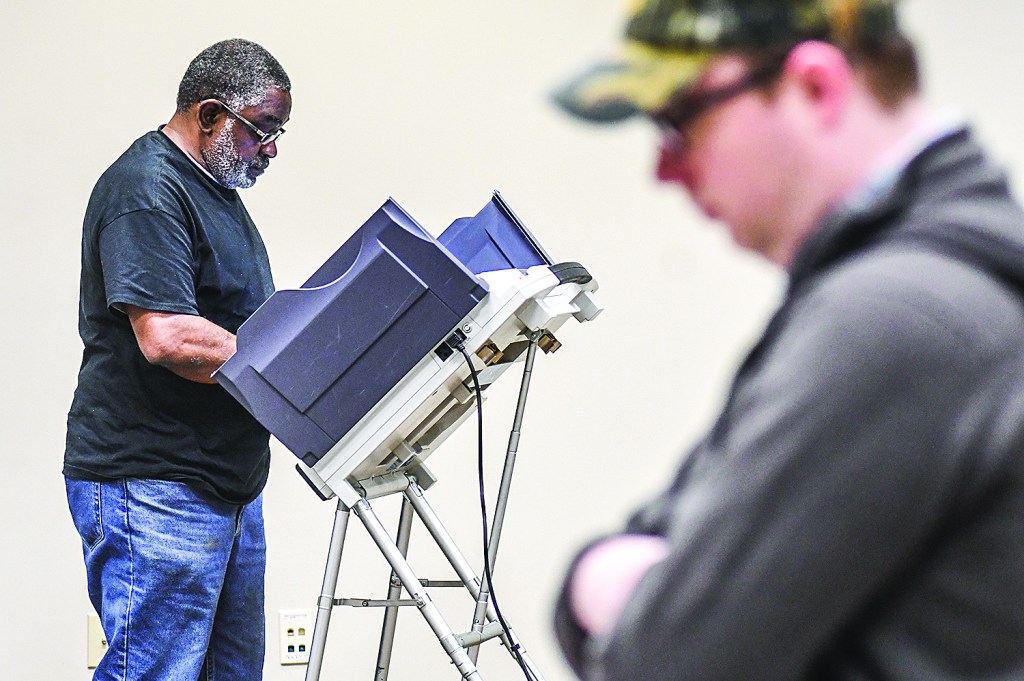 Marvin Gipson votes at the Oxford Conference Center in Oxford, Miss. on Tuesday, May 2, 2017.

Registered voters in Oxford and Lafayette County may vote in the state’s Congressional primary election beginning at 7 a.m. Tuesday.

Candidates seeking the party nominations for U.S. Senate and House are on Mississippi ballots Tuesday.

Richard Boyanton and Roger Wicker are on the GOP ballot.

Should there be a runoff, it will be Tuesday, June 26th

In the U.S House 1st Congressional District, incumbent Republican Trent Kelly is listed on the ballot but has no primary opponent. Randy Wadkins has no opponent in the Democratic primary and will meet Kelly in the Nov. 6 general election.

Voters should cast their votes at their assigned polling places that are indicated on all voter registration cards.

A photo ID is required to vote.