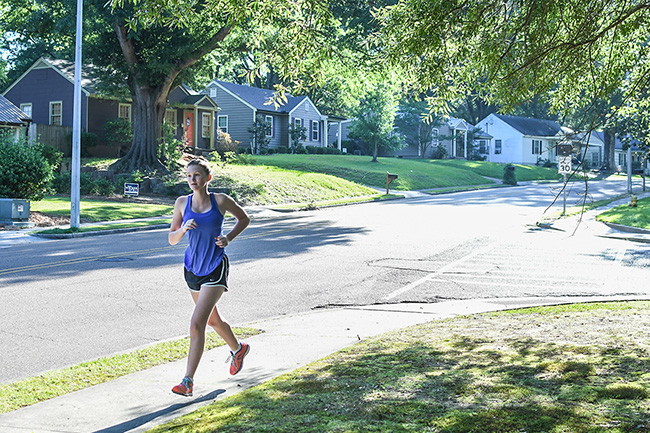 On Tuesday the Oxford Board of Alderman voted to approve a historic survey of Avent Acres, in Oxford, Miss. on Wednesday, June 6, 2018. (Bruce Newman, Oxford Eagle via AP)

The Oxford Board of Aldermen approved a request for permission to accept a grant from the Mississippi Department of Archives and History to survey the Avent Acres neighborhood for potential to become a historic district.

The survey, which does not obligate the formation of the historic district, just determines the neighborhood’s eligibility for the designation. While there are no set boundaries for the proposed district yet, the study area includes about 100 homes along Avent and Combs streets and Williams, Sisk and Chandler avenues.

Many homes in the Avent Acres neighborhood were constructed after World War II, when the Avent family subdivided their farmland into small lots. This created the opportunity for returning GIs to move their families into affordable homes.

City Planner Judy Daniel said the survey will focus on a few key aspects of the neighborhood, including the amount of alterations and renovations done on structures in the neighborhood. Daniel also presented the aldermen with several benefits for homeowners living in Avent Acres.

“There are monetary assistance for renovations for designated structures,” she said. “The only real obligation is usually going before the historic preservation commission for a CFA.”

Daniel also added that, if the city chose to designate the neighborhood as a historic district, she and the other city planners would hold public meetings to inform people of the advantages and obligations of the new title.

Looking over all the documents presented, Mayor Robyn Tannehill said the aldermen would take what they’ve learned into consideration.

“It’s a great gathering of information that we will look at to determine how to move forward,” Tannehill said.

Daniel agreed, saying there is a great need to preserve the features of the neighborhood for future generations.

“It is always helpful to have that information as some neighborhoods get older and certain types of architecture become more rare,” Daniel said. “I think it’s very important to complete this survey, and the assistance is appreciated.”